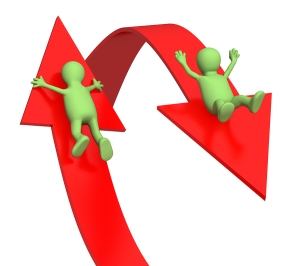 Life is full of Ups and Downs.

This is what I fully realized within a short time last night, through an incident of having my cellphone stolen in the movie theater of Ulaanbaatar, Mongolia. You can see a little bit of dram on it in this entry.

As I explained in the blog (Mongolian Movie Theater) previously, I think there is a lack of the culture for audiences to respect others. But I also saw another face of the theater, hard working people at the cinema. Let me explain on this matter with my 10 Ups-and-Downs.

1. Pickpocket (down)
Unlike always, the cinema was very crowded due to a bunch of new movies. I tried to buy a ticket of “Martian”. Since I had 30 more minutes until the movie, I was going to read some articles through my cellphone, which I could not find in my left pocket.
Yes, I got my phone stolen.

2. Struggle in the language (down)
I deeply realized that I was a foreigner, when I tried to explain my pickpocket incident in the crowded movie theater. I didn’t know the phrase, let alone to whom I needed to ask.

3. Gesture is universal (up)
Luckily, two gestures of “Phone” and “Disappear” were easy enough for everyone to understand the situation. They took me to the security video room.

4. Video Checking (down)
In the security video room, I was shown two version of videos, behind and front of the scene when I purchased the ticket. There was a small boy (aged 10-15) right next to my left pocket. From the video, we could see that he took his jacket off and put on his right arm and got closer to me (my left pocket was covered with his jacket). Although it was suspicious (the cinema security employee had no doubt that he was the one), I was not so sure if he took it and did not want to conclude. Also, he was just a little kid.

5. Asking some help to colleague (up)
Since I wasn’t sure what I was supposed to do next, I put my colleague’s phone number, with whom the cinema person talked to explain the situation. My colleague told me in English on the phone that I could leave the cinema and they would check that boy carefully. Although I didn’t expect to find this kid and phone again, I was a bit relieved with my colleague’s support.

5. Reimbursement and relax on the way (up)
Feeling sorry, the cinema employee returned the ticket fee. On the way my home, I started thinking that cellphone shouldn’t dominate our life, so it was a good lesson.

6. Unexpected consequence (up)
A few hours later, the colleague I talked on the phone came to my apartment, saying that

“They found the kid and you phone! Come to the police station with me!”

7. First time to be inside the police station in Mongolia (up)
As soon as I arrived there, I found my phone with a bit of change: It was missing the outside case and Sim-card. But I was just excited to get it back.

8. Team play among the cinema employees (up)
Here was the amazing part for me throughout this incident. After I left the cinema, the employees immediately shared with each other the video and outlook of the kid. And after awhile, the kid came back to the theater to see late night movie. I don’t know how they did, but they caught him and found my phone.

9. The kid’s future (down)
When asked if I wanted to investigate this issue further by the police officer, I denied and asked about the boy’s situation. I also said that I wasn’t fully careful in the cinema, and I have my phone back, so just strick warning might be enough. The officer said that this was not his first time, so it might be a bit more serious.
When I left the room, the kid from the video was in the corridor, looking down to the floor.

I couldn’t say anything, not because I didn’t know the language, but because I had no words.

10. Reflection (down)
I heard that stealing cellphone is very common in Ulaanbaatar, mainly because it is very easy to sell it. I don’t know if that system causes more pickpocket or it is coming somewhere else. Probably I must have asked further investigation to solve this in a sustainable way. Just like a movie culture, this will take time to change.

I have to be more careful since anything can happen especially when your mind is occupied with something else.

The cinema employees did really great job and I am just impressed.

Nowadays, losing cellphone is a big deal, but it’s just a material and maybe we should not let it dominate our life too much.

One thought on “10 Ups and Downs in the Cinema”