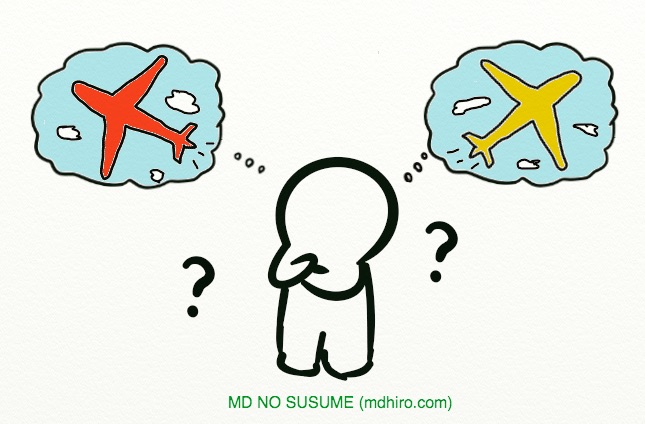 As I travelled whenever I had time since I was 17 years old, I used so many different airlines. In the beginning, the most important thing for me was the ticket price, which was every thing.

Price of the flight

Although I just said the service quality is more important (especially in the case of long trip), the price is still one of the important factors. Before going into 5 main reasons, below are the sites I always use to buy ticket (in the order of preference):

However, the cheaper the flight is, the more complicated the itinerary tends to be (e.g. multiple airline ticket, which has risk of losing the following flight in case previous flight get delayed) That’s why it is better to chose same airline ticket.

Having compared other companies, the 5 most important reasons to choose an airline are as follows:

The best airlines (in the order of preference from my experience)

Among others, my experience with JAL (Japanese airline) is the best, as the above 5 factors were beyond standard. Let’s see one by one.

1. Food: It was obvious that they put so much focus on food. JAL distributed explanation of each plate in detail (e.g. Ramen noodle of Michelin restaurant chef, choice of masara chicken or Fish with Japanese style sauce, etc.)

2. Quality of each item: Everything including tooth brush, seat quality and movie choice were the best among others.

3. Greeting and Smile: Flight attendants were greeting to everyone, even before their service started (on-boarding). I could not help comparing with other connecting flight airline (American) whose attendant even criticized passenger for tiny things).

4. Bathroom: JAL’s bathroom was cleaner, bigger and more comfortable than any others’. I think the quality of bathroom determines the quality of trip, especially during the long flight. Besides, there are more items than other airlines, such as seat cover paper, tooth brush and cup for brushing your teeth, female sanitary napkins (all for free), etc..

5. Hospitality: I was so impressed when I saw a seasonal greeting message saying “Are you enjoying the spring? I hope you can take advantage of it with good weather, etc.” Besides, when Mt Fuji was seen from the plane, the flight captain himself gave announcement to everyone, which impressed many of us, if not all. 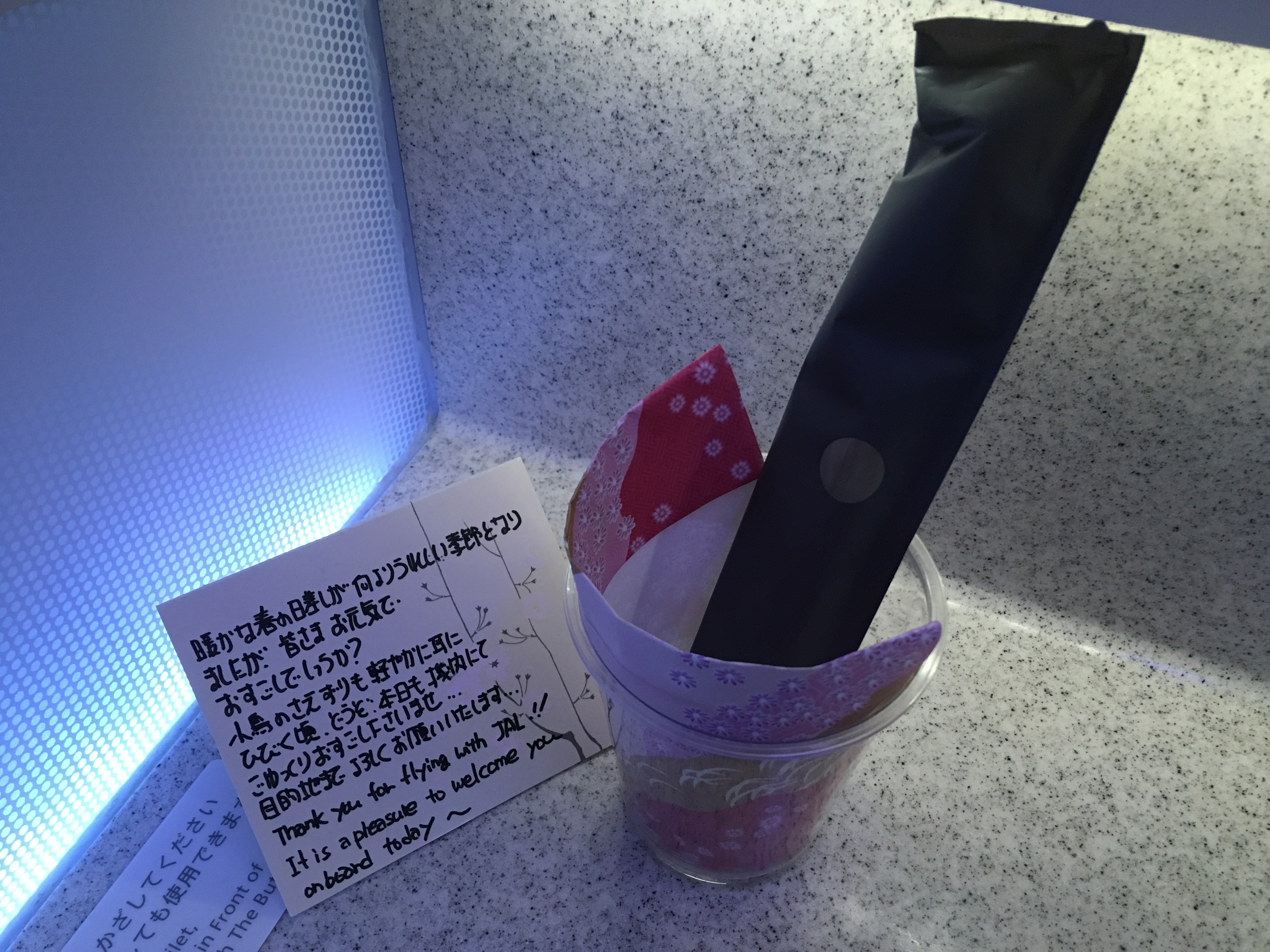 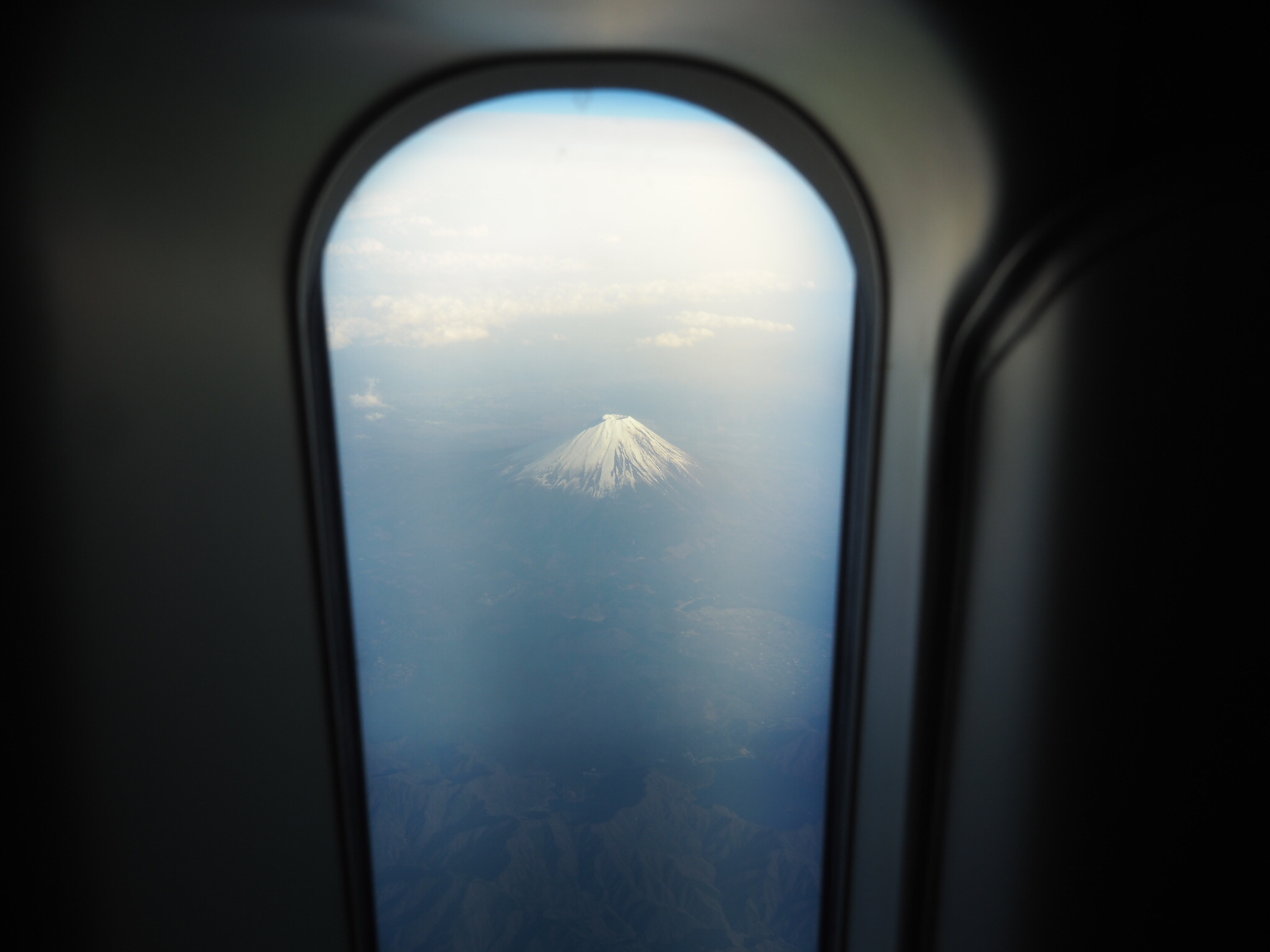 These are the reasons for which I chose JAL as the best. I even went to ask to one of the attendants the secret of great service. The answer was something like this :
“As you might know, we had financial crisis and almost were about to finish (which I didn’t know at all). But the CEO tried to improve the service with each of us instead of limiting it, and every staff had to do their best. The greeting card? Oh that is not in our manual, but we just did it voluntarily because we thought it will make our passenger happier (which worked out!)”

I really learned the professionalism of JAL people.

On the contrary, the airlines I will not recommend from my experience for the above same factors will be:  Delta, Northwest, American Airline, China Airline, MIAT, China Southeast, etc.

The recommendation in case of long trip

As I had long flight (more than 10 hours) many times, my recommendation in terms of seat selection will be to try to get : (1) one entire vacant row, (2) emergency exit seat or (3) at least isle seat.

The principle objective of flight is to move, but its content and service makes big difference, which can be applicable to any service, presentation and work.

2 thoughts on “5 Factors to Choose Airline”