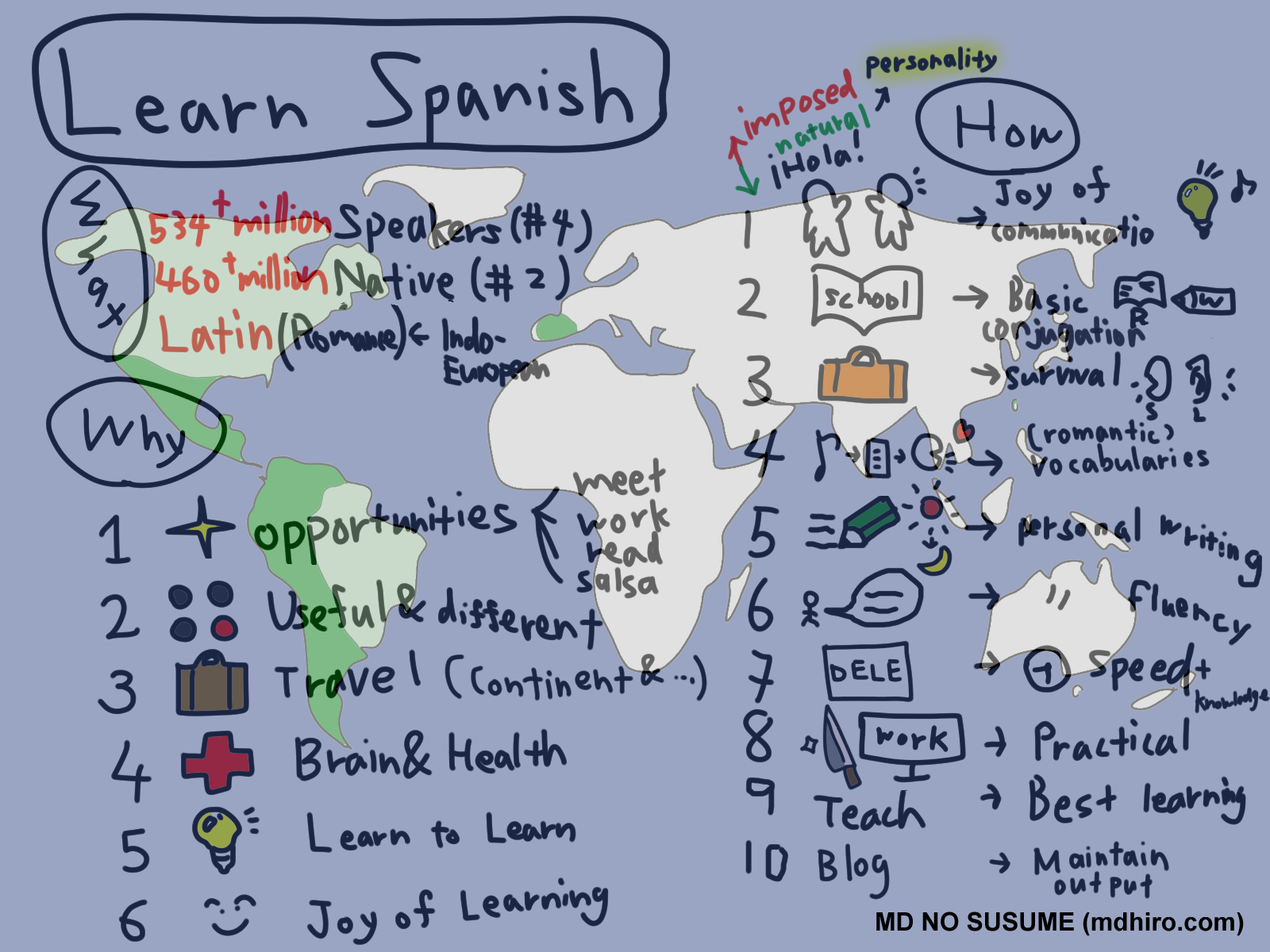 When you learn a new language, it is important to know its origin, and if you learn several languages and their origins are similar, it really facilitates learning. By no means I can go into detail here (that is the field of linguistic), but from the below, you can see that Spanish (left) is part of the Romance (Latin) languages which derive from Proto-indio European, which is just one part of a branch of a big tree (bottom right). Yes, we human have so many languages (an estimated number of 7,000 as of now) Why I learned Spanish

As you can see below table as of 2019 (source), total speakers and native speakers (4th column) have different rankings. 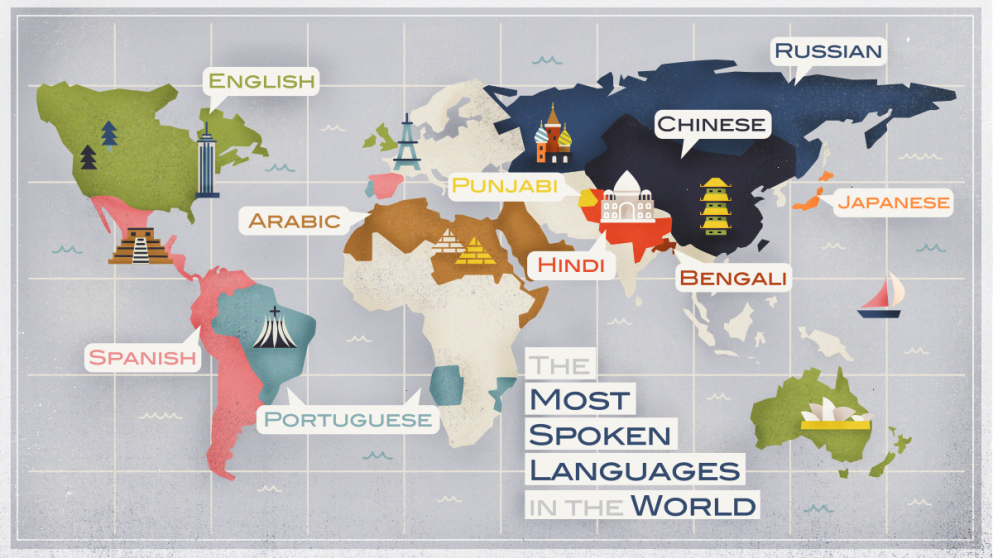 In a nutshell, it will expand your world and makes you a better person.

That’s pretty much it for my case. What worked for me might not work for everyone, but I believe it is good to have a variation. It is quite different from the ways I learned English (I started with books and study). It is worth noting that when you speak different languages, your personality can be different. I could realize by comparing Japanese and English mode from Spanish mode.

One thing I would like to highlight again is that Spanish, just like any other language, is a tool and mean to the end, not the final goal. For example, you can have a great screwdriver (tool) to construct a house (goal), but you need to know how to use it (use). In other words, even though the tool itself is not great enough, as long as you know how to manage, you get to meet the objective (e.g. having a conversation with limited vocabulary).

I started Spanish, a language widely spoken especially in Latin America, with real conversation, which motivated me to study and practiced naturally instead of imposed one, and it also makes me happy when I use it.