I think it’s not a failure, but it is to give up. As I wrote last time, if you do make an effort after many failures, it will lead to success. 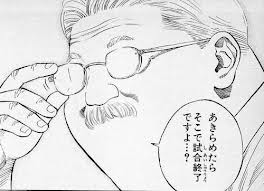 What do you think they are?

Before moving on to the answer immediately, I found a related article in NYtimes
“Secret Ingredients for Success”
Chef David Chang (Korean-American) has won many awards and now owns many noodle bars all over the world, one of which is MOMOFUKU in Manhattan, NY.

However, the path to success was not always easy.
He could barely pay himself and few customers came in, but he kept cooking noodles. ONe day, a change occurred, which made his noodle so popular.
The change he made was self-awareness –to stop thinking “what a noodle bar should serve” and to start thinking ” what I want to make for customers”– and he just went on his belief.

NY Times’ article is here: http://www.nytimes.com/2013/01/20/opinion/sunday/secret-ingredient-for-success.html?_r=0
Well, let’s go back to the 8 secrets.
I think you can guess what they are from his story, right?

[8 traits in common among 500 successful people] 1. Passion: do what you like, not for the money
2. Work: keep working on it
3. Focus: don’t do many other things
4. Push yourself: don’t limit yourself
5. Idea: stay creative
6. Improve: keep improving
7. Serve: do it for somebody else, not me me me
8. Persist: stay on the path

I also think “luck” is one trait given that there are people who can not do whatever you want for having to support their family.
I think the definition of success varies, but people who have those traits must be shining.
I hope education can specifically focus on these.