After the story of “Nicolás has 2 fathers” has become a controversial figure, another story called “Nicolás has 1 father and 1 mother” was published by Felipe Velásquez, an African illustrator, which also caught Chilean people’s attention. This story shows that even with 1 father and 1 mother (traditional family), there could exist serious problem.

The content of the story is as follows (according to BioBioChile)

【”Nicolás has one father and one mother ” (author: Felipe Velásquez, translator: Hiroshi Okamoto (*This story contains many Chilean slangs)】 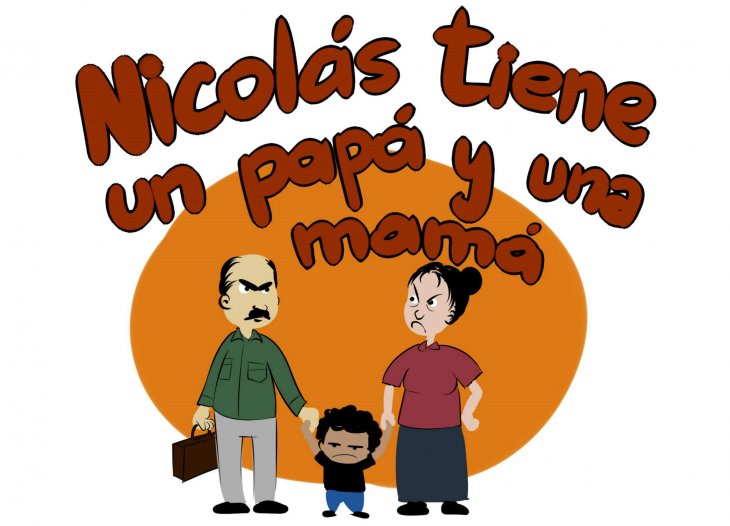 Nicolás has 1 father and 1 mother. 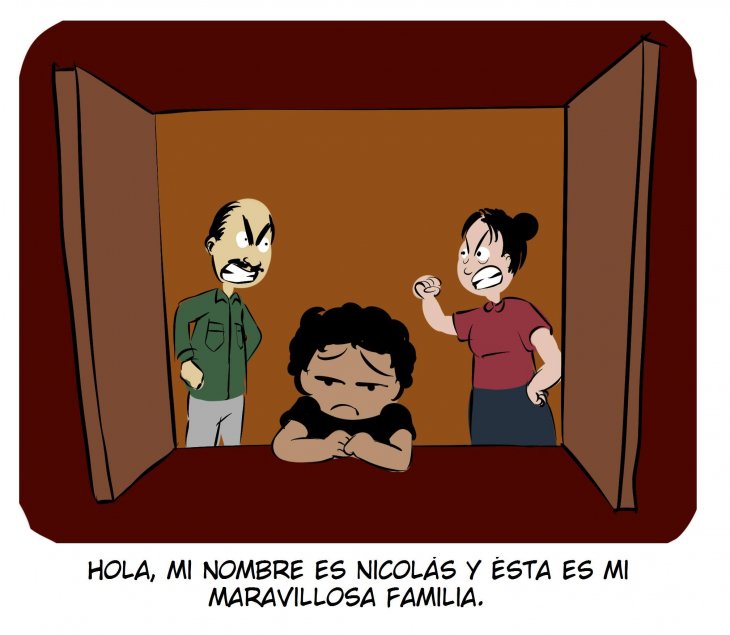 Hi, my name is Nicolás and this is my wonderful family. 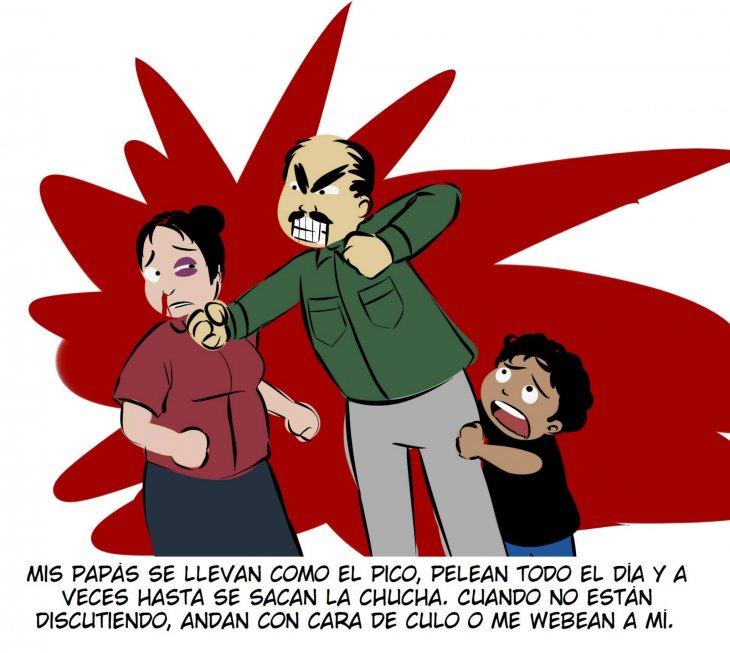 My parents don’t get along well with each other and fight all day long, and sometimes even hitting occurs. When they are not fighting, they make angry faces or bother me. 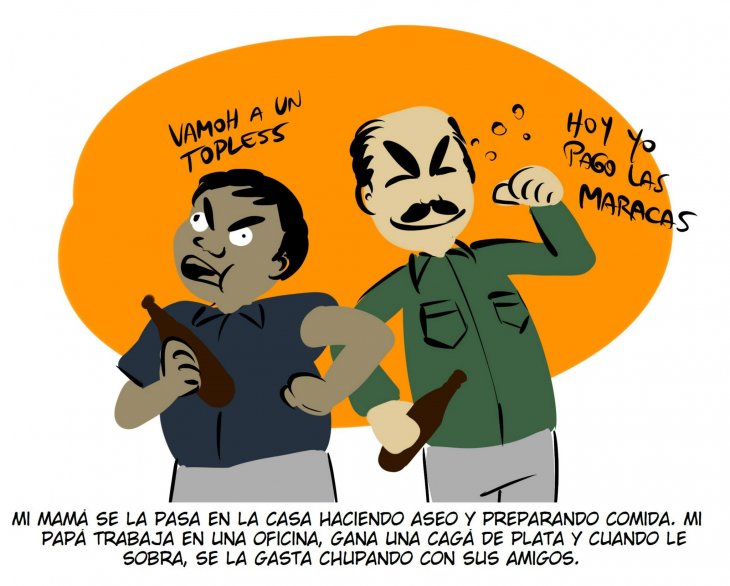 My mom spends her time at home cleaning and preparing food. My dad works at office, earning little money, and when he has a little bit of extra money, he uses it up with his friends. 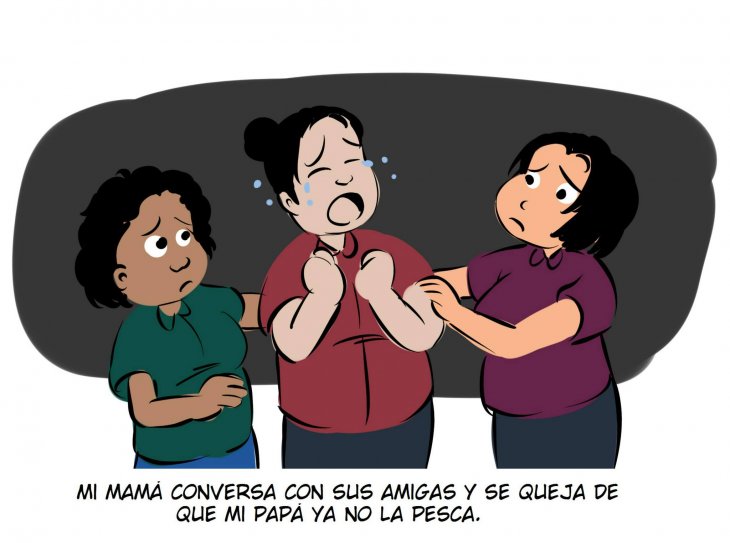 My mom talks with her friends, complaining that my dad does not pay attention to her. 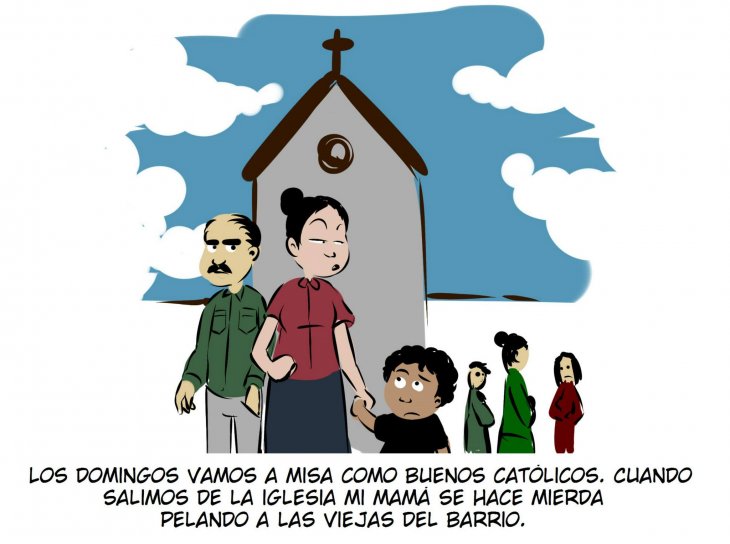 Every Sunday, we go to the church as good Catholics. When we leave there, my mom criticizes other neighbors. 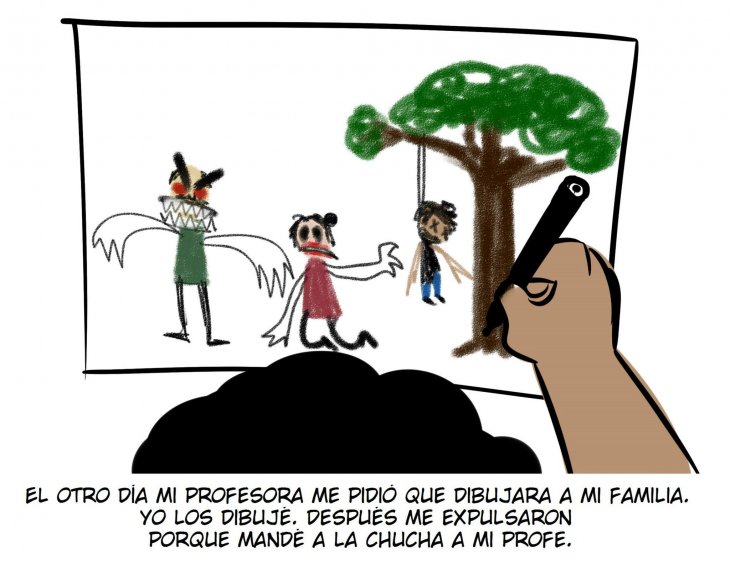 The other day, my professor asked me to draw my family. I did it. Later on, they expelled me out of the school by not responding well to my professor. 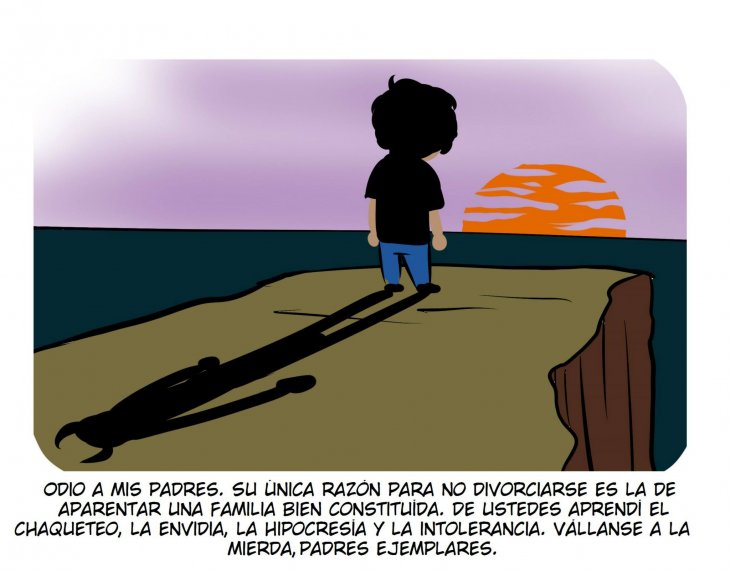 I hate my parents. The only reason why they don’t get divorced is to appear to be a well-constituted family. From you guys, I learned devaluing, jealousy, hypocrisy and intolerance. Go away, exemplary parents.

Frankly speaking, what do you think?
Of course It’s pretty exaggerating and strong, but isn’t it something which could happen to any “normal” family, right?

The main point of the story’s creator is as follows:
“My work is not to criticize Chilean traditional family, it’s rather a message, telling people not to be so hypocritical and to see that in any type of family circle, there could exist problems.

Comparing the story of “Nicolás has 2 fathers (or mothers) which shows joy in an abnormality with this one which addresses suffering in a normality makes me feel something universal: what is happiness?

Speaking of which, in the next entry, I will write about Cuba, the interesting country which really made me think about that question.