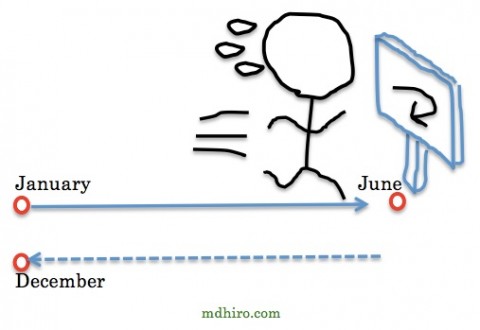 This year has a little bit more than 6 months, which means it is almost half way through the year 2016. Instead of saying “Ah…Time flies” and letting it go, let’s take a moment and look at the New Year resolutions, the ones many people, including me, made 6 months ago.

In other words, more than half will have given up resolution by the end of June, which is exactly where we are.

Now that I know that the half the time has passed (another half is left toward the end of this year), I thought it was a good timing to reflect I have done so far, in order to achieve my goals. Besides, plans will change all the time: I didn’t expect to be this busy for my work, which reminded me of the need to change how I manage time and things to do. And honestly, I have to push myself more to meet the promise I made with myself 6 months ago.

I came to realize this reflection because of the marathon I participated last weekend. There was an international (?) marathon in Ulaanbaatar, and just like the previous year (when I was still new to this country), I did 10K. The following 5 points are what I thought in common between marathon and achieving resolutions.

1. Set SMART-F goal
Imagine the difference between “just running” and ” running 10K within 50 minutes”. The former sounds very tiring and boring, whereas the latter is very straightforward. Although sometimes going for broad goal is fine, and can be interesting (e.g., not having specific plan when traveling), it is important to set a specific goal, especially what you are trying to achieve needs much effort. I was not so good at setting goal, and am still trying to improve. Along the time, I learned (failed and changed) to make goals as SMART-F as possible (Specific, Measurable, Attainable, Realistic, Timely and Follow-up). This time, for example, since I was not prepared for running half marathon, let alone full, I decided to go for 10K within 50 minutes.

2. Start running
No matter how SMART-F your goal is, if you don’t run (do), you cannot achieve anything. You succeed by doing and you learn (fail) by doing (I am talking about failure by actually doing, not the one by not doing anything).

3. Know where you are when you have turning point
Sometimes, it is good to take reflection time, to see where you are and how far you have come. And usually, half way through the goal is one of the best timing since you have just exactly same distance ahead as you passed. In other words, I have 6 months left to achieve resolutions. Whether or not you consider “still 6 more months to go” or “only 6 more months left” depends heavily on where you are now and how much you are committed.

4. Think and adjust if necessary to reach the goal
Once you reflect upon where you are in terms of the goal, you have to think and adjust, if necessary, in order to see how you can achieve your goal within a limited time. For example, If your running time is slower than what you expected, you might have to change the pace or tactic.

5. Keep going on your own way
And just keep going, but on your own way. When you run a marathon, you need to deal with other people passing by, which might make you rush. But that’s not you, so stay focused for your own goal, as Steve Jobs said, “Your time is limited, so don’t waste it living someone else’s life.” (I tend to remember this quote whenever my rhythm is disturbed by external factor).

Having said that, it is also important to keep in mind that you are not alone, just like those who cheer you up on the way (those people with Mongolian traditional cloth surely helped me re-charge my energy) 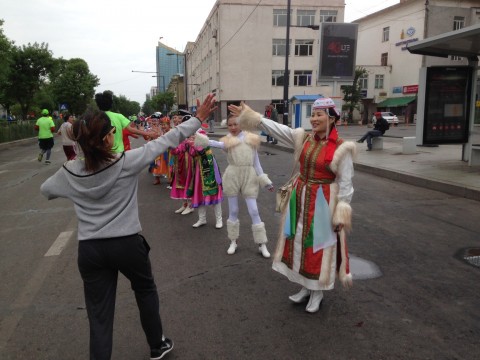 This time, I learned that:
Just like marathon, in order to achieve something you want, you need to set SMART-F goal, run, know where you are half way through, adjust the plan and keep going on your own way.

Thank you for reading, Any comment and/or subscription (feedly on the right) are very much appreciated.

2 thoughts on “Half way through the goal”