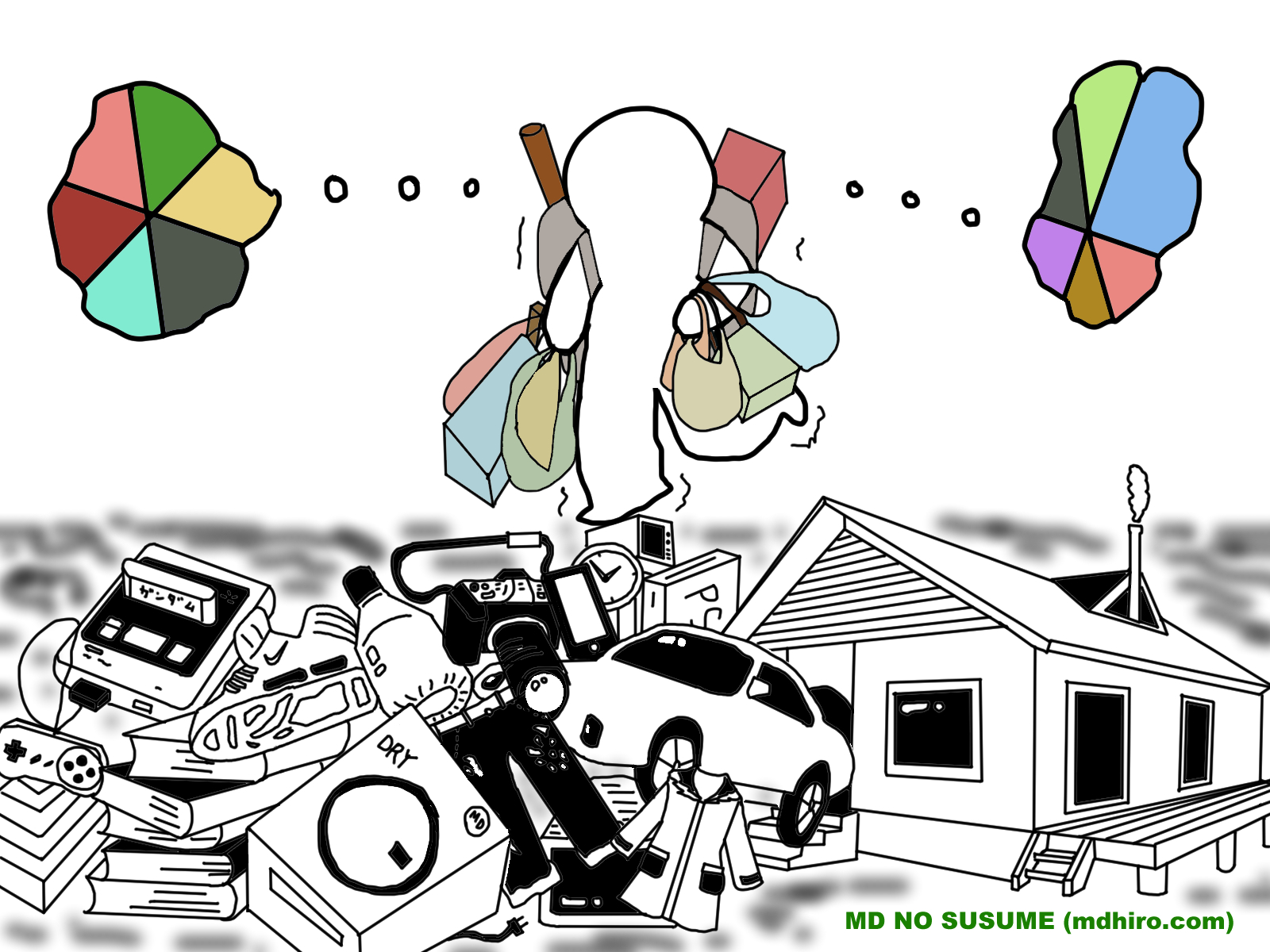 I try to be a minimalist being surrounded with few stuff. The benefit is agility: the last time I moved out, it took just half a day.

I try to be a minimalist without carrying much staff when changing a country to live. The benefit is economical and mental friendliness: the number of baggages I brought when  I moved abroad were quite few without extra charge nor container service (1 suite case and 1 backpack from the U.S. to Chile in 2013 and from Chile to Mongolia in 2015 and; 2 suite cases from Mongolia to Mauritania in 2018 mainly for ingredients for African life)

I try to be a minimalist without much stuff on my work desk, namely a computer screen, mouse and a cup of water. The benefit is lack of distraction which enhances focus and productivity.

Have I always been trying to be a minimalist? The short answer is NO. In fact I  was way far from being a minimalist, and what is so called a materialist. Now I believe in  minimalism as it has  some key points for a better life. In order to go into the detail of minimalist, simplicity and productivity in the coming posts, in this entry, I would like to focus more on the materialist side.

Most of us live in a society with full of stuff and information, to the degree that we can hardly figure out which ones are necessary. In this context, due to internationally well-known Marie Kondo, Zen, or other activists of minimalism, minimalist or decluttering is such a hot topic.

On the other hand, being busy is also misinterpreted as being productive, which is not necessarily the same thing. If you type those two words (busy / productive) by google, you will find many articles (this, that, here and there).  But in the end, those different articles talk about the same idea: busy people don’t analyze, prioritize and act with focus, thus they want to do everything; whereas productive people do all of those. I believe this applies to the dichotomy of materialist VS minimalist

As once said Sun Tzu (Ancient Chinese general, military strategist, writer and philosopher who was born in 545 BC), for the victory, you have to know the enemy and yourself. So let’s see the example of myself from the birth to up until 10 years ago who was totally materialist (enemy and myself), and analyze why it was the way it was.

A story of a curious meterialist boy

Once upon a time, but not long ago, there was a boy born and raised in Osaka, Japan.

A story of materialist boy

I grew up in Osaka city which used to be a city of merchants traditionally, and people in Osaka in general like to talk (with specific dialect), negotiate and discount. General saying has it that people from Tokyo tend to show off elegant and expensive stuff, whereas people in Osaka tend to be proud of how cheap they bought things. If you are interested, there are whole lots of article comparing Osaka and Tokyo (such as this, that, here and there).

Since I was really small, I was extremely curious. Actually all kids are born curious (but as they grow… well, about which I have a lot to talk about to the extent of writing a book, so I will skip this time). So the insatiable curiosity went not only towards activities but also to the stuff. In my childhood, going to flee market was my hobby. Literally every weekend, I tried to go to the flee market near my house (if not, to the place which takes 1 hour by bike).

I also grew up in small public apartment where there were tons of stuff. When I came into this world, there were already 4 others of family members. The apartment was quite small for 5 people. In addition, we had a piano and other stuff. Although it was small and messy, it was a great childfood as I look back.

On the other hand, since I had 2 older brothers, I always put on their old cloths and rarely got new cloths (which makes sense as I think of it now), which might have been piled up as a desire to want more staff, especially for a kid who was curious about doing and having everything.

In addition to the family situation, whole Japan was in the bubble era (economic growth), which means whatever we wanted, it was relatively easy to get. Almost every week (sometimes twice a week), we went out to eat, and most of the time I left food as I always overestimated my stomach capacity, more precisely I did not appreciate the value of food.

Lack of value on stuff and appreciation

One day, I made a terrible lie and emitted horrible words to my father, which I cannot forget to this date. In the morning of one weekend, I just wanted a new game soft, so I asked my father to buy it, who kindly refused. Then all of sudden, (I don’t know where it came from) I told a lie, saying that “you promised me”. And he seemed a bit upset, as if he had no idea about that promise, which makes totally sense as he had never made such a promise. As I saw he was not convinced about that promise, I said something I should have not said to anyone, let alone to my loved father.

“You are such a lier! I really hate you!”

I should have looked at me in the mirror at that time, as it was exactly myself who made such a lie.

As I didn’t back down easily, he eventually agreed to buy that game soft (it was a game of gundam for Super Family Computer). Although I enjoyed it for a short term, it was not worth having told such a horrible lie and unforgivable words to my father.

My hobby on flee-market continued until my puberty. In fact, it got even accelerated. In my high school, there was no uniform, which was quite rare for Japanese high school, at least at  that time (some students even selected that school just because of that!). And being in a puberty, many students wanted to stand out through their outfit, and I was no exception. In addition to the tendency to buy whatever caught my attention (doll, ethnic items, things I don’t even know what is called or how to use), I started buying more clothing for my school outfit (beyond actual need).

While I was in a college, my habit of having more staff further accelerated, as I got better accessーmy brother gave me his used motorbike (I was grateful for that, which I didn’t feel for second-handed clothing in my childhood), and more desire to buy cloths ーI was into street dance (back then I thought wearing cool clothing was a symbol of cool dancer).

Looking back, I was totally a materialist from the moment of birth to my last year of the college (the year I devoted myself to save as much money as possible to live abroad). In addition, after starting my abroad life, I became a materialist back again, which was the vicious cycle (how come did I convert myself to minimalist will be explained in the following entries).

In short, from my experience and what I have seen / read, there are at least 5 conditions to make materialist.

Based on my experience, being a materialist never made me happy. The more you have stuff, the less you appreciate your stuff and even people, and it inhibits you from figuring out what you have and what you really need. Your mind never gets cleared nor organized, and finally you never get satisfied. The English word “want” exactly describe it, as it means not only “desire” but also “lack”.

The conditions of materialist include family and economic situation, personality and environment. The more you have, the more you want, which makes it difficult to realize what you really need and organize your thought and environment, and in the long term, you don’t get satisfied.