News!
There is another controversial movement in Pakistan happened a few days ago: Pakistani police and government officials closed the Islamabad offices of the international NGO (Non Governmental Organization), Save the Children.

Although I have never been there, I kept my eyes open to this country, since I have written several times about its move in this blog, be it the youngest Nobel Peace Prize winner (Ms. Malala Yousafzai) or arming school teachers to prevent another terrorist attack. And I didn’t expect I was going to write about Pakistan again, and this is related to my work.

Since I arrived in Mongolia, 4 weeks have passed. The reason I came to Mongolia was to work at Save the Children (SC), and I am in charge of an education project aimed at promoting school preparedness of 1st graders in Mongolia. So by working for 4 weeks, I think I am getting to have a sense of belonging to this organization little by little. That’s why when I heard this news between Pakistan and SC, it was pretty shocking to me.

And it turned out that it did not just start a couple days ago, but this move was initiated 3 years ago. According to the correspondents of BBC, this move is thought to be fall-out from the operation that killed Osama Bin Laden in this country, because Pakistan thought that SC was connected with CIA thorough SC’s vaccination project implemented he was killed (for more detail, please see 2 articles of BBC news: the one published 3 years ago and another one which came out 3 days ago).

SC has been working for 30 years in this country, and it now has 1,200 Pakistani staff working on projects in health, education and food. So closing its office (which happened this Thursday) will not only affect the humanity field but also many SC Pakistani staff as well as many beneficiaries of its projects. I don’t know about the truth, but all I can say is that this move is highly unlikely to benefit the country in a short and long term.

I strongly hope that this decision will be overridden, and the projects will be resumed for those who really need them.

Well, this was the first entry somehow related to Mongolia. I will try to write about entries on this country in the near future, since it has many things that catch my interests. Please stay tuned and thanks for your visit! 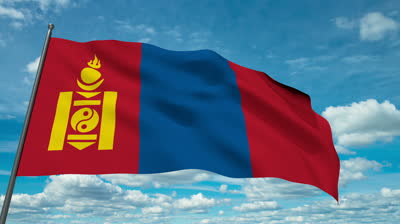