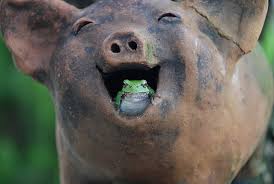 These days, I am laughing a lot, be it through a stand up comedy I went to see or Japanese variety channes, workshop in a job, you name it.

Study has shown that laughter has great benefit on the health: it reduces stress, blood pressure, risk of heart attack (unless you laugh too much all of a sudden), etc.

But what about the connection between laughter and learning? Although it is not as obvious as the one with the health, it seems to have a link.

First of all, nobody teaches how to laugh but it’s been around for many years not only among human beings but also among animals (mammals), just like “Play”. In fact, the play and laughter have a strong connection since when you play, laughter is usually associated with it, and both play an important role to bond yourself with others.

Also, according to the research (Health Benefits of Laughter), just like play, kids tend to practice way more than adults: while kids laugh 300-400 times a day, adults do so 12-15 times a day just because the former are more joyful than the latter.

WIth that in mind, I would say that laughter can make an environment less stressful and more enjoyable (psychologically and physiologically), which can promote better learning.

Of course, as any other benefitial things, educators have to be careful on this, since laugher and play sometimes associate with unpleasant thing such as bullying or hurting someone, and if you focus too much on it, it would be just a comedy show without much learning.

The important thing is, when we try to use a laughter in learning, we need to prioritize learning over laughter.

So how can we produce laughter? Honestly, I don’t have any blueprint for that (for those who have should be on TV show making people laugh all the time).

But what Japanese comedians often tell us in terms of making laughter is the combination of tension and relaxation. It can be captured well on the next video (please see from 13:40).

It’s not only about learning, but laughter is very contagious and it sometimes makes you happy a little bit. For example, I have a colleague who tends to roll on the floor with laughter all the time, and whenever I hear that laughter, I feel like laughing as well although I have no idea on at what that person is laughing at.

I personally think if something funny happens (not the one which hurts others), we should share that (although it is difficult to explain the laughter over and over).

This time, I leaned that:

Laughter is similar to play in that both have been around for long time with human and animals (mammals), and both are practiced more among children than adults.

Not only can laughter benefit on our health, it can also promote learning as long as we use it appropriately (without hurting others nor focusing too much on it)