Most of adults I know used to say that “as you get older, it feels like time is passing faster” and it corresponds to my case, although 1 second of 20 years ago has same length of the one of now.

At first, I thought it’s because adults think and do more things. When I was 7 year old, I felt that a day was very long, though I played so much with my friends and slept much more than now, which made me frustrated of how slow things were flowing.

But it might be the other way around. According to some articles like this one (Lifehacker),
“we tend to fall into familiar routines as we age and that makes time move quickly.”

It may make sense given that a week that I spend on traveling feels much longer than a week I spend in a office.

Weill, it’s been more than a year since I came to Chile. It was so rapid that I feel like that I could have done more things. Still there happened many things and one of the most important things was that I could get to know more about the country whose northern part is desert and the southern part has glacier. 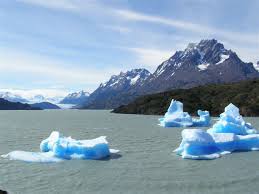 Chile is Latin American country, but it seems me it is not so Latino in a way people act differently than other Latinos. Chilean Spanish is also very different and sometimes other Spanish speakers don’t even understand. Also, people here are actively involved with the education movement (a couple of days ago, there was a big protest on education at a national level).

Compared to my childhood, I am seeing, doing and thinking more things, but I need to keep getting our of my comfort zone and try to spend more profound time next year or in 10 years.

By the way, speaking of time, there are moments that I don’t think nor feel time passing by. It is when I am swimming. I started swimming as my daily routine in New York to cover my back pain, but now I like the moment of being in water. Actually, it is so comfortable being in water that I feel that the evolution theory (the origin of humans attributes to fish) might be true. 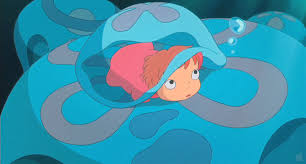 [Poño, a kid of fish_from the movie of Hayao Miyazaki]