On my 16th birthday, I remember being at a high school belongin to boxing club and taking some courses on which I didn’t even focus on, which I totally took for granted as a daily routine and I didn’t even think that high school education had any value.

On 12 July 2013, the 16th birthday of Malala Yousafzai, an education activist, gave a wonderful speech on the importance of education at the UN Youth Assembly, where more than 500 young leaders from around the world convened to accelerate the goal of getting all children, especially girls, in school and learning by 2015.

Malala became a public figure when she was shot by the Taliban while travelling to school last year in Pakistan — targeted because of her committed campaigning for the right of all girls to an education. Flown to the United Kingdom to recover, she is now back at school and continues to advocate for every child’s right to education.
Her 17 minutes’ speech has moved everyone who took the importance of education seriously

In particular, a part around 5:20 was impressing.
“(After being shot) Nothing changed in my life, expect this. Weakness, fear and hopelessness died. Strength, power and courage were born.”
The following video “Dear Malala” containing messages of those inspired by Malala was made by the Plan International.

I would have taken education more seriously had I seen this video when I was in my 16th. At least I can show or tell this story to current/next generation. 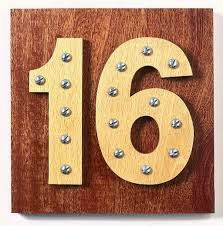