It has been 40 years since the military’s coup happened in Chile.

Since then, Chile has seen many changes: long dictatorship and its end, rapid economic growth and inequality, the advent of charter schools (privatization of education) and demands on quality education through students’ protest, to name a few.
It has been 4 month since I started working at UNESCO Chile.

Now that I learned some parts of Chilean history and education system that surrounds it, I would like to mention what happened over the last 40 years in Chile, dividing it into 3 parts:
(1). Dictatorship and Education system
(2). End of dictatorship and the paths that Chile has taken
(3). Current educational challenges and future direction

The first part (1) is about the during the dictatorship.
In summary, on SEPTEMBER 11th, 1973 (9.11!!), the military group attacked the socialist government, and the dictatorship lasted for 17 years. there were (ARE) many kidnapped, disappeared and assassinated.

Personally there I would like to focus on two artistic products related to Chilean education during the era:
“Machuca” a movie which deals with integration of poor kids into a prestigious school.
“Arpilleras”: tapestries with political message, made by women’s group

First of all, the movie “Machuca” in which a kid from low income family makes friend with a kid from high income family in an exclusive school, shows the typical inequality of Chilean society (Latin America) and struggle that people had during the dictatorship.
I believe that this film can be a good ice break element for inclusive education.
The review about the film (NYTimes)

Second, the “Arpillera” is the artistic political message created through informal education by Chilean women whose husbands and families disappeared. This innovative way of art succeeded in grabbing international attention on human rights violations and the dictatorship. The workshops empowered women’s group by uniting them together, and it also allowed them to earn some money to survive in the harsh environment.
For example (Roberta Bacic, 2009):
“No a la tortura (No to torture)” explicitly addresses the tough situation of the dictatorship 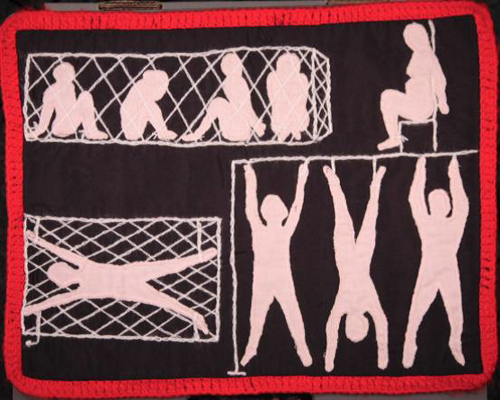 “Dónde están (Where are they)” seeks for their missing loved ones. 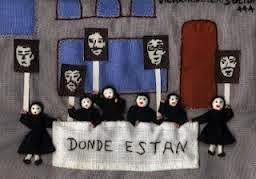 “Queremos democracia (We want democracy)” demands their political message with a beautiful tapestry. (In front of them, there is a military car, but they are courageous enough to face with them) 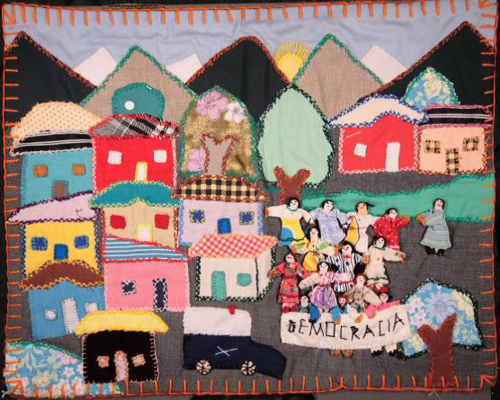 I think the art is one of the most effective way to address the on-going problems at national and international levels.
Next time, I will pick up some issues related to Chilean education after dictatorship.