Things are constantly changing: nature, trend, technology, your thought and body function (even at the cell level). Despite this, it is pretty rare that you realize that something has changed definitely, isn’t it? When do you feel it?

In my case, I realize change when I figure that I no longer can do something I could, rather than the other way around (because when you learn something, it is hard to see the difference). In other words, changes are noticeable when you lose something instead of gaining.

Since I moved to Mongolia, there were many changes, but today, I realized that I am indeed in Mongolia because I no longer have access to most of live stream channels (watching love TV online) due to where I am!!
END_OF_DOCUMENT_TOKEN_TO_BE_REPLACED 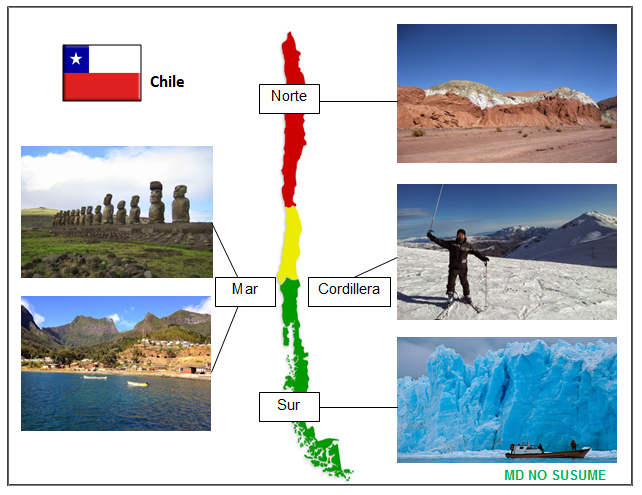 If you head north, you will hit the dry land and the desert. When you turn around and go all the way to the south, you will see glaciers. On the east side, you can always see Andean cordillera (unless theere is a smog especially in capital). Oh don’t forget that if you drive a few hours to the west, you will encounter Pacific Ocean and you can fly to some islands.

Everything mentioned here is what you can see in a single country, Chile, so that which direction you go really matters.

END_OF_DOCUMENT_TOKEN_TO_BE_REPLACED

It feels good to be back.

Every time I get back from travelling, I have a sense that time had passed more than it did. It’s been more than 10 years since I started travelling by myself. When I went outside of Japan for the first time, I met a old woman in Northern Thailand who said something which really got me thinking:

If I am comfortable with my life, why do I want to travel (leave the place)?

Given that human beings have instincts to make a life easier and safer, what she said totally makes sense. But at least from my experience, there are 3 main reasons to get out of your comfort zone to travel alone over with someone else: learning life skills, having a flexibility and meeting new people.

END_OF_DOCUMENT_TOKEN_TO_BE_REPLACED

By the way, what are your resolutions of 2015?
Having a new year is one of the best moments to realize how rapid time flies, so I think it’s important to step back for a while before we start running, and make a short-term goal, resolutions of the new year.

Before writing mine, I literary stepped back (re-read my blog entries of 2014), which made me realize that my resolutions for 2015 are almost the same as last year. That means either I didn’t established manageable ones within a year or they were too vague to see the result. With that in mind, I will try to be as specific as possible for myself 1 year from now.

END_OF_DOCUMENT_TOKEN_TO_BE_REPLACED

First of all, I have to admit this show really functions in a way that makes us want to donate. But at the same time, I cast doubt on whether this is a sustainable approach to promote social inclusion, which Teletón says is its main goal.
END_OF_DOCUMENT_TOKEN_TO_BE_REPLACED

In Japan, there is a proverb that says “If you love your kids,let them travel” (English counterpart could be”Spare the rod and spoil the child“). It is so true that the more you travel, the more you learn something by seeing new people and culture (the difference) that you don’t get to see in your daily life.

For my work, I have many opportunities to travel all around Chile, and today I would like to share 3 families which caught my attention in 8th region of Chile for the last 3 days, relating them to the theme “”How to raise your kids“.