For the last 3 days, I had this feeling: Given that it happened at this time in Chile, where I used to live, I cannot help but write about the following two different earthquakes. 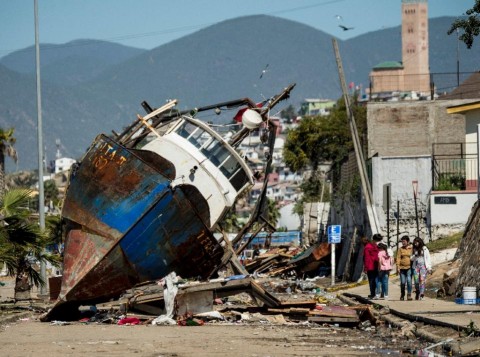 For the first earthquake I will take about, it was pretty big one considering the scale of magnitude and 1 million people had to evacuate (As is the common with the big scale one in Chile, Tsunami alert was emitted in Japan after that). The actual damage, however, seems to be relatively minor one, compared to the previous big one which happened in February 2010, partly because of some improvements made in the last years.
According to the New York Times article (Why Chile’s Latest Big Earthquake Has a Smaller Death Toll), some factors of small damages are as follows:
・Coastal residents were better prepared.
・Warnings were issued promptly.
・Strong building codes are enforced.
・Emergency response has been improved.

So although there are still much to improve, some progresses were made based on the past experience (the current president, Michele Bachelet, was serving her first presidential term in 2010 and was criticized for her poor reaction to the disaster).

Overall, I am glad that people I know are fine, but I wonder how those who live in the most affected place (Coquimbo) are doing (for my previous job, I visited there several times).
Also, I realize that I am no longer in the place where there are many seismic activities (unlike Chile or Japan).

For the second earthquake, it is just a strong drink people have in the long holiday season around Sep 18 (sort of independence day). It is pretty ironic that the big earthquake happened right in the middle of this Fiesta. But I am sure that Chilean people are joking about drinking Terremoto (earthquake) right after the real Terremoto

(Terremoto I ordered in the Fiesta. This jokes about the 2010 earthquake)

But what is exactly this TERREMOTO?
TERREMOTO consists of Pipeño (a type of sweet fermented wine) with pineapple ice-cream served in a one-litre glass. Terremoto literally translates as ‘Earthquake’ since you are left with the ground (and legs) feeling very shaky. The next round usually contains the same drink though only in a glass that holds half a litre. This is called a Replica or ‘aftershock’. 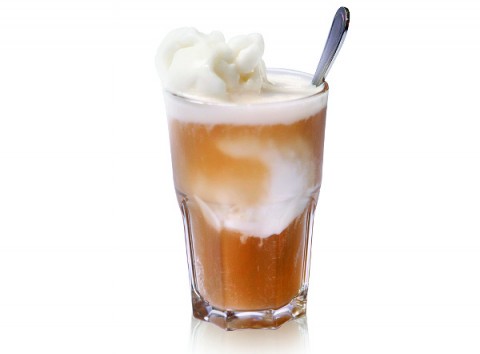 I had this Terremoto several times. It is actually very sweet and easy to drink, but for me, 1 was ok, 2 might be too much and 3 made me pass out (one time I lost my memory of what happened after I tried 3). So if you go to Chile, please be careful with this drink, because it figuratively shake your body.

This time, I learned that:
Chile has learned from the past disaster experience (e.g. 2010 earthquake)

I am currently in the place where it is less prone to earthquake, let alone tsunami (Mongolia is landlocked country), but I might miss drinking terremoto in the Fiesta.