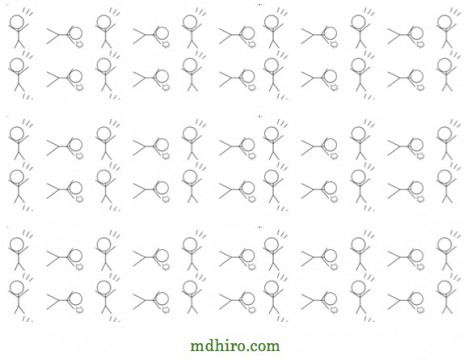 The other day, I made a small failure, and I could make a small stand up. 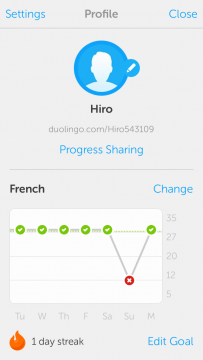 I use Duolingo, free language learning application, which allows you to set a daily goal and keep yourself on track with that goal. The more you achieve daily goal, the more you get motivated, and I failed to complete my daily task after 40 days of achievement.This was a small failure. Although I was a bit sad, I could embrace it and move on.

With regard to this (embracing failure), let me introduce two videos which inspired me a lot.

This video teaches us that sometimes it’s ok to get some helps to stand up, and every time you fail, you need to stand up.

This shows us that it’s important to know that everyone ,even the most successful people, fail and you need to embrace it to move on.

Actually those films were from the article “5-Minute Film Festival: Freedom to Fail Forward“. If we all could cerebrate the failure to embrace, more and more great ideas might occur.

We all fail, as the famous quote says, “If you haven’t failed, you’re not trying hard enough.”

you can get over the failure and move on by embracing it, which is encouraged by getting some helps and knowing the fact that everyone fails and stands up many times.