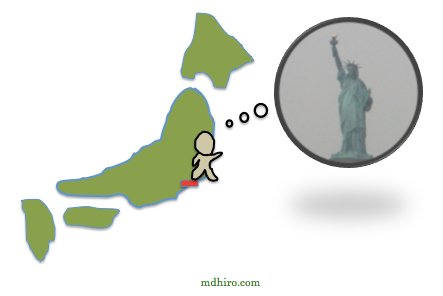 I am not familiar with Tokyo, and over there, I felt so much about the capital of Japan, as well as New York, one of the most dynamic cities in the world!

1. My friend who opened a New York Style Italian Restaurant
Last year, my friend Taka (chef/dancer) opened his own restaurant in Tokyo.
We first met in New York in 2007, and we had many things in common such as dance, cooking and the age, so we hang out a lot. After returning to Japan, he pursued his passion toward cooking, and finally reached his dream of opening a restaurant! I just couldn’t miss this chance to visit his restaurant.
The food, drink (they even have Brooklyn beer!) and the atmosphere were good, and costumers were very happy saying “delicious!”. But more than that, I was emotional for seeing my friend’s dream coming true in my eyes.

The restaurant is called ー”Tuscita” in Musashi-Seki, Tokyo. If you feel like, please stop by and feel New York! 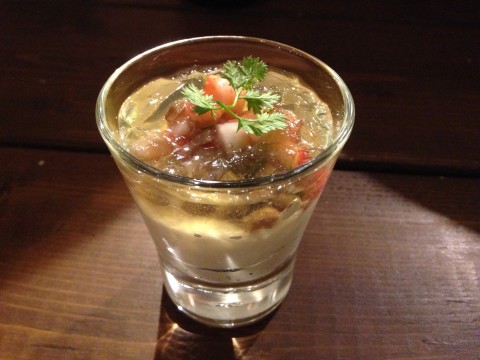 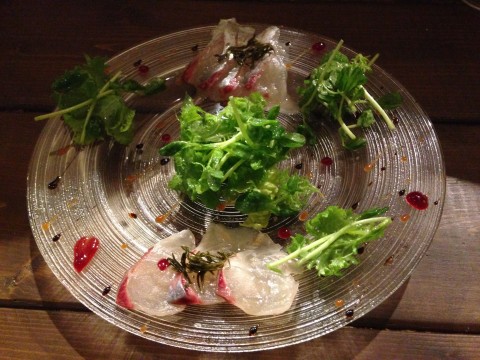 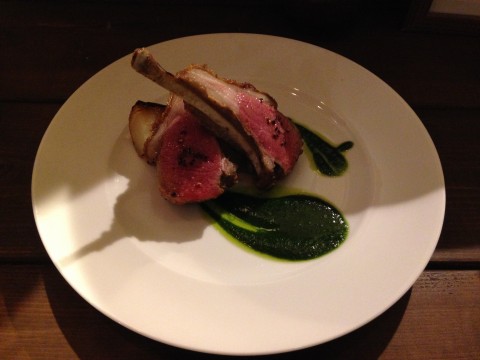 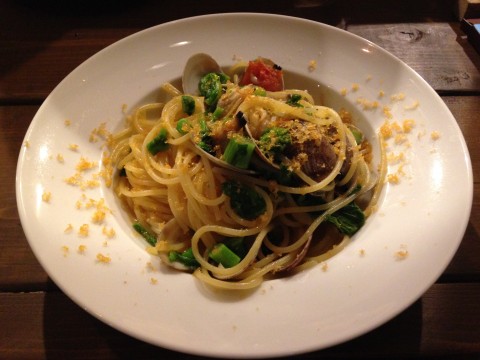 2. My theater friend whom I met in NY
I also had a chance to meet my friend, Yuriko Hoshina (director/play writer/actress) whom I first met through an acting stage in NY. She spent more than 10 years as a performer in NY, and after returning to Japan, she started producing her theater team. Although I couldn’t make to her shows, I received much power from her just like when I was in NY.
If you are interested in performing arts and have chance, please check her shows (in Japanese). The detail can be found here 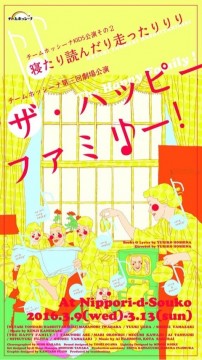 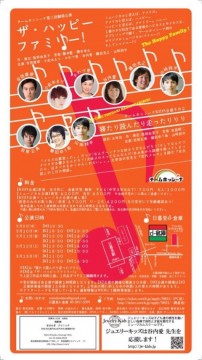 3. A guy who bought a New York Police Department (NYPD) car
When I was walking around Tokyo station, something came into view, and a few seconds later , I looked back unconsciously to see what it was (I guess many people experienced this moment).

By looking at it, I even doubted that I was in Tokyo, because there was a NYPD car in the middle of Tokyo street!
I couldn’t help getting closer to the car, and one guy approached me saying that it was his car.

After having a conversation with him, it turned out that he’s passionate about cars, and his strong interest toward NYPD car made him import this part by part. He also told me that some movies which are supposed to take place in NY were shot in Tokyo, and he rented this car! 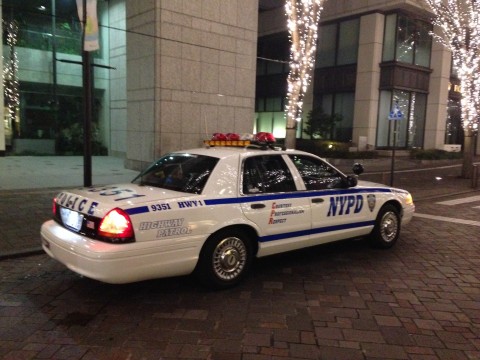 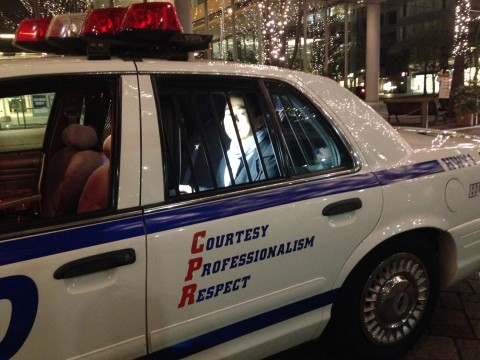 NYPD car near Tokyo station ↑ He even let me in (arrested?!)

Well, from these three people somehow related to NY, I received so much energy and figured that there is something in common among them: strong passion on something and willpower to pursue it.

In Tokyo, I felt strongly that consistency is very important to make a way, and the dynamism of NY makes it even more powerful.