Things are constantly changing: nature, trend, technology, your thought and body function (even at the cell level). Despite this, it is pretty rare that you realize that something has changed definitely, isn’t it? When do you feel it?

In my case, I realize change when I figure that I no longer can do something I could, rather than the other way around (because when you learn something, it is hard to see the difference). In other words, changes are noticeable when you lose something instead of gaining.

Since I moved to Mongolia, there were many changes, but today, I realized that I am indeed in Mongolia because I no longer have access to most of live stream channels (watching love TV online) due to where I am!!

If you are interested in football (called soccer by the people of the U.S. to distinguish from American football, but Japanese people use soccer, too), probably know Copa America, the Latin American football league taken place every four year like World Cup. Albeit smaller scale than World Cup, it is still big deal for Latinos or football fans.

Although I was not a big fan of football before, Latinos’ passion towards this sport made me like it. In particular, as I mentioned in the previous entry, the connection leads you to take action: since I lived in Chile, now I feel strong connection with this country and its team (I know some names and even have my favorite player), so that I was waiting this fiesta to come. Besides, Chile is the host country this time! 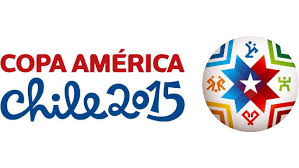 However, for the time difference between Chile and Mongolia (12 hours), it is pretty difficult to watch it except weekend.

So today (Saturday) I tried to watch the match of Chile vs Bolivia, but I figured that many live streams channels were for Latin American countries, the U.S., Europe and some major countries in Asia (and of course there were many virus related sites). That is, I realized the change: losing access I used to have.

After many trials and errors, I finally found the one that allowed me to see in Mongolia!

Here is how to watch Copa America online from non-major countries (I am assuming that you can see from any country since I can see from Mongolia):
1. Jump to the link Futbol Copa America HD En Vivo
2. On the bottom right of the screen, there are 5 choices of channels, and pick number 3 or 4 (which worked for my case and others are fake)
3. Enjoy the match! (just be aware that there is no image during the half time)

Although it says HD, I doubt it is. But as long as I can see what’s going on in some degree, I am fine.
And another thing to keep in mind is that this is ALMOST live. By that I mean people in Chile can see the real live moment and what I was watching was delayed by 5 minutes. So if you try to share the match virtually with someone in Chile, ask them not to tell the goal moment (this happened to me, and there is no more disappointing thing than knowing that there will be a goal in 5 minutes).

Anyway, I hope this will be of any help for football fun living in countries without most live stream channels like Mongolia.

“You realize the change when you lose something rather than gaining.”

“Life is exciting because you don’t know what will happen in the future.”

Thanks for your visit!