In my previous post (The difference between Chinese and Japanese), I wrote about how much people in Latin America tend to generalize Asian people as Chinese, which I am not in favor of.
However, there is a moment I don’t get upset when being called “Chinese (Chino)!!”.
Actually, this particular setting even makes me happy rather than being annoyed.

Yes, this is when somebody cheers me up at the occasion of running race be it calling me Chinese or whatever.

This previous Sunday, I ran a half marathon (21km), the longest distance I have ever run with my two foot. Actually, this event (Maratón de Santiago) is one of the most popular event in Chile, where people from all over the world come to run. There were 3 choices: 10km, 21km and 42km and I always wanted to try half marathon, but honestly I was far from being prepared since I just run 10km every Sunday, nothing more. A part of me would talk to me by saying “Hey, 10km is the decent distance, the most important thing is enjoy the race and don’t push yourself too hard”, and the other part would cut it in by saying “Why don’t you try 21km? You like trying, don’t you?”

So literally in the moment the race started, I decided to give it a try for a half marathon.
And I am so glad to have chosen that option, since I really enjoyed my first half marathon from the bottom of my heart.

How did I even enjoy it without preparation?
I think for those who are used to running long distance, 21km might be a piece of cake.
But for someone like me who is not so prepared, here are my 3 tips for enjoying half marathon in comparison to 10km:

1. Don’t look at time and just stick to your rhythm
Unlike 10km in which changing speed in the middle of the race doesn’t affect so much, 21km is pretty long. So what’s important is stick to your rhythm. Never mind about all the people who pass you by or those who stopped running, let alone the time (unless you are trying to break your record or so).

2. Look around and enjoy the scene
The longer you run, the more you get to see the view of the city. Actually this was the first time when I passed the national stadium. When I saw the stadium, it just reminded me of the dictatorship era, when so many people were tortured in this place. I also passed the familiar streets I always pass on my way to work by bike. Overall, it was great experience to know Santiago.

3. Don’t hesitate to high touch with public.
This is actually what motivated me to write this post, since it was the top reason I could enjoy my first half marathon. The longer the distance is, the more people you will get to see on the street. Actually, so many people waved their hands or asked high touch, especially among kids, and every time I did high touch, my tiredness was gone and my speed actually accelerated. 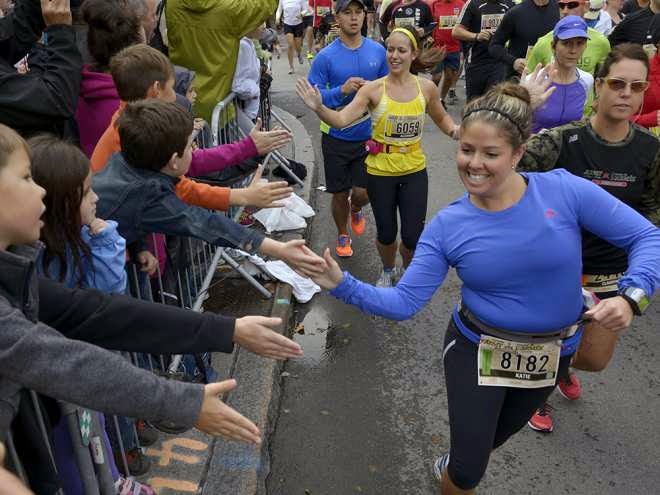 (Photo from marathon in Ottawa, not Santiago)

“Let’s go! You can do it! Go Chinese!!!”
Every time I heard people cheering me up, I couldn’t help but smile and high touch.
I think the total of my high touch went over 200 times.

We can’t live alone and we help with each other. You get a lot of power even from strangers, and that’s just beautiful.

This is what I learned from this half marathon.

I suppose, then, if half marathon is such an exciting one, full marathon must be more fulfilling experience. And for that one, I need to prepare myself. 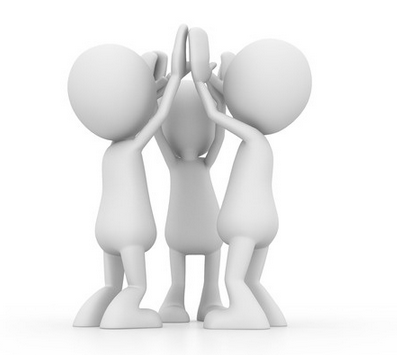