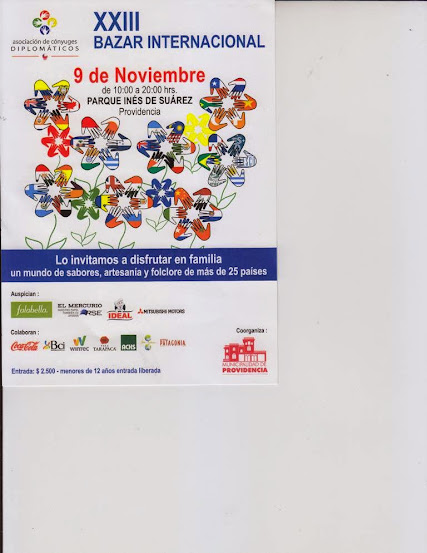 Nov 9 (Sat), I went to a international bazaar.
This annual event is organized by spouses of diplomats in Chile.
Being exposed to goods, cloths, foods, drinks, dance and music of many countries I have never been to, I was so excited.
Especially, it was interesting to hear people communicating with each other in Spanish with different accent.
At the same time, something was bugging me.
The fact that many countries’ people (they are not even diplomats) can get together and make an excellent event to connect people with other cultures implies that it is not impossible to achieve something big together, if we want.
For example, to solve world poverty…complicated;
helping all the kids to go to school…not that easy either;
or doing something for people in Philippine…this one is not that difficult.
Anyway, if we want, we can do anything. 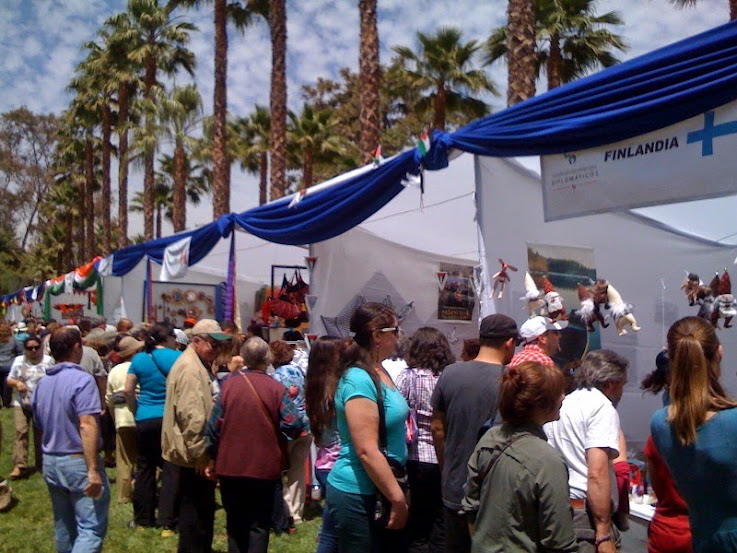 These are Bazaar’s photos. The booth of Finland, a country whose education system is believed to be one of the best one, and the one of Pakistan, a country whose quality of education system has so much to improve were facing each other, which made me somehow excited.
ーーーーーーーーーーーーーーーーーーーーーーーーーーーーーーーーーーーー
On Sunday, I also dropped by an interesting event called “Feria Friki (Freaky Market) where many “Otaku (geeks)” of Japanese culture gather together to sell/buy comics, dolls, games and so on.
Although Chile has a small number of Japanese, this event made me realize that the we live in such a small world.
So for this event, I went to sold THE Japanese soul “Rice Ball (Onigiri)” Although this is such a simple food, my chef’s pride did not allow me to cut corners in my work (I made salmon and meet ones)
As a result, even having had some repeaters, 35 Onigiris were sold out in 40 minutes.
The total sales were used for beer and donation for the victims of Philippine. Since there were many organizations offering donation, I ended up deciding through Save the Children, my favorite organization.
We can do anything, only if we want.
Share

3 thoughts on “If you are serious about it…”