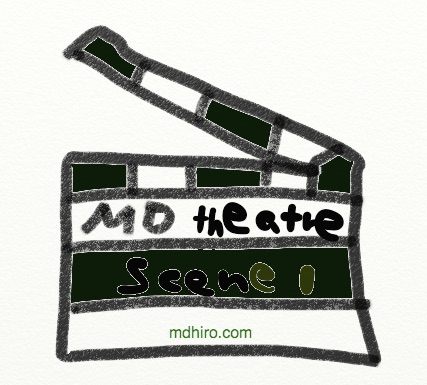 Title: “Is criminal always bad?”
Cast: Child, Mom and Stranger
Scene: Child and Mom talk about crime on the street, where one Stranger passes by.

Mom: As I always say, you cannot do bad things.
Child: Mom, what happened if people do really really bad thing?
Mom: In that case, it will be a crime.
Child: So those criminals are always bad?
Mom: Since they did something against the law, they became criminals, so it is bad.

Stranger stops and look back at them.

Stranger: Ms, I think that’s not necessarily true.
Mom: What do you mean?
Stranger: Let me give you 3 examples who were doing something illegal but helped others.

First, there was a young man who made passport illegally to save thousands of lives from Nazis during the World War II. I read this story through the NY times and it was inspiring:
“If I Sleep for an Hour, 30 People Will Die”. That man said “when something legal is completely against humanity, you have to fight.”

Secondly, I know one Mexican guy who illegally worked in the U.S. to buy medicine of his sick wife and support his 2 daughters in Mexico. He even inspired one young guy to work for improving education system in the world.

Lastly, there was a South African hero who spent 27 years as a political criminal because of his fight against discrimination, then became a president later.

Every one of the above helped others.

Mom:…. So there are some exceptions, I guess.
Child: Ok, I learned that:
Just because it is against the law, it doesn’t always mean it’s really bad.

Stranger: Yes kid, you are right.