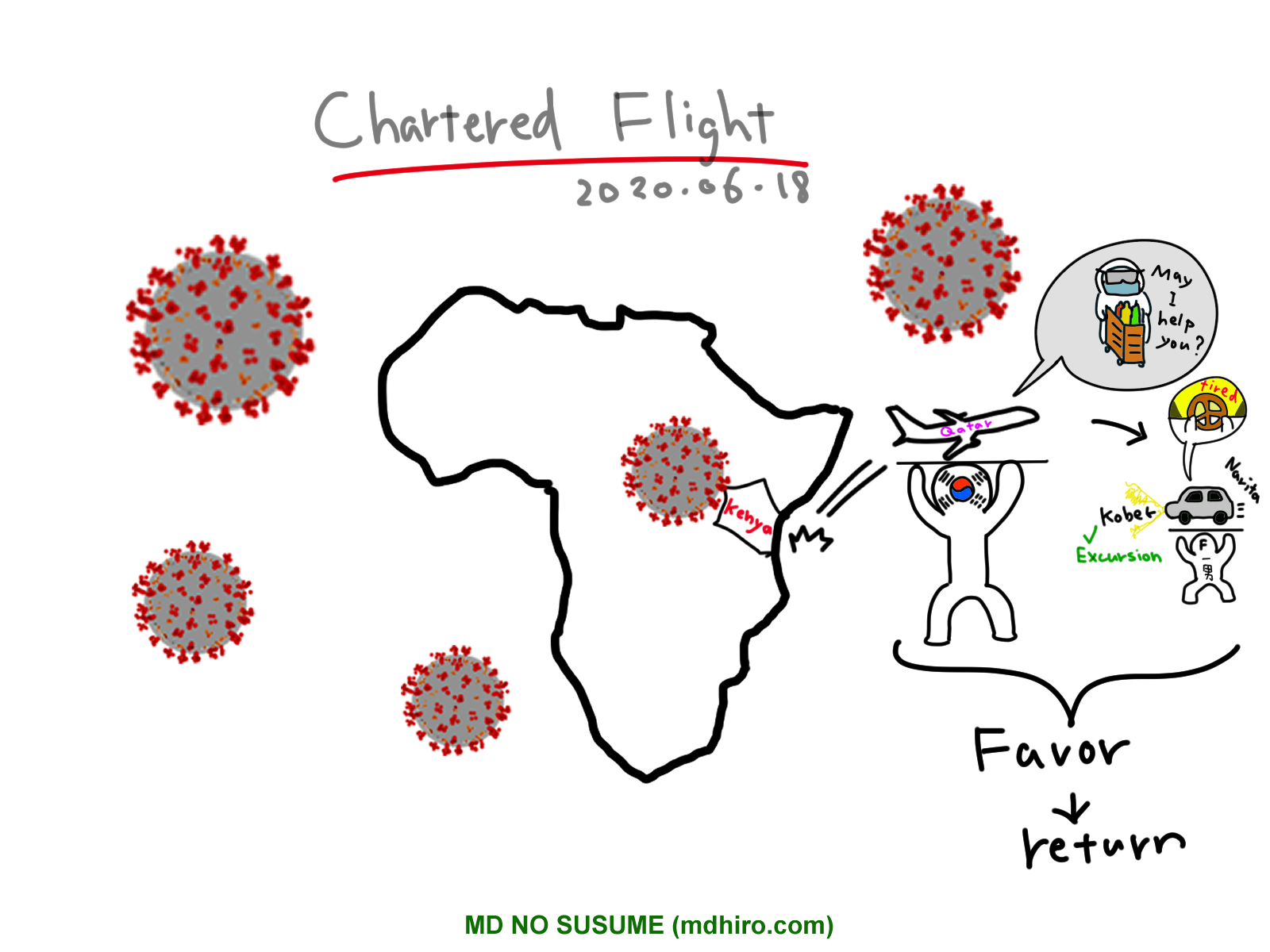 Since ever I made a critical life decision to leave Kenya, I have been waiting for an opportunity to leave Kenya for a long time when the airport has been closed due to COVID-19, just like many other countries (in fact it was just 1-2 month, but it psychologically it felt like much longer).

Some governments/embassies made efforts to arrange a chartered flight to send their citizens back home, but the announcement comes with very short notice (e.g. 3 days – 1 week, which is hard for someone like me without a willingness to come back).

Although I have taken the UN humanitarian flight for my work, I have never taken a one-shot emergency flight before. Given that not many people have a chance to take a chartered flight, I would like to share some learning from taking emergency chartered flight in the context of COVID-19.

What is a chartered flight and who organizes how?

A charter flight is operated by an airline on behalf of some third party, and this time, the Korean embassy in Kenya arranged it. It looks like the embassy, not the airline, was entirely responsible for setting prices, filling the plane, and everything else except the pure operation of the flight.

The process goes as follows:
After having an agreement with flight operation with Qatar Air, the Korean embassy reached out to their citizens in the country, followed by offering sheets to other embassies in priority order. And thankfully, based on the Qatar Air operater on the phoen, Japan was one of the priority countries despite the long history of the controversial dispute between both countries.

The announcement came through my embassy (Japanese) a week before the flight date, and corresponding embassies took care fo flight requests from citizens, then got back to the Korean embassy.

Below are the timeline of the hectic week.

“Traveling to gather my family is the most needed thing I wanted to do in this difficult time, so I really appreciate the generosity of the Embassy of Korea for organizing this” (comment of a non-Korean passenger for the interview with the embassy of Korea)

Throughout my trip, I kept reminding myself the popular phrase school teachers used to say during a school excursion

“Until the very moment you returns home, the excursion continues”

It was quite an excursion, and without help from many people (e.g. Korean embassy, Japanese embassy, Qatar air, Father, etc.), I could not have made it home, so I would like to return this favor in some way.

The experience of taking a charter flight in the context of COVID-19 taught me the importance of helping each other during a difficult time, and I have to return favors I received from many people involved in this long excursion.