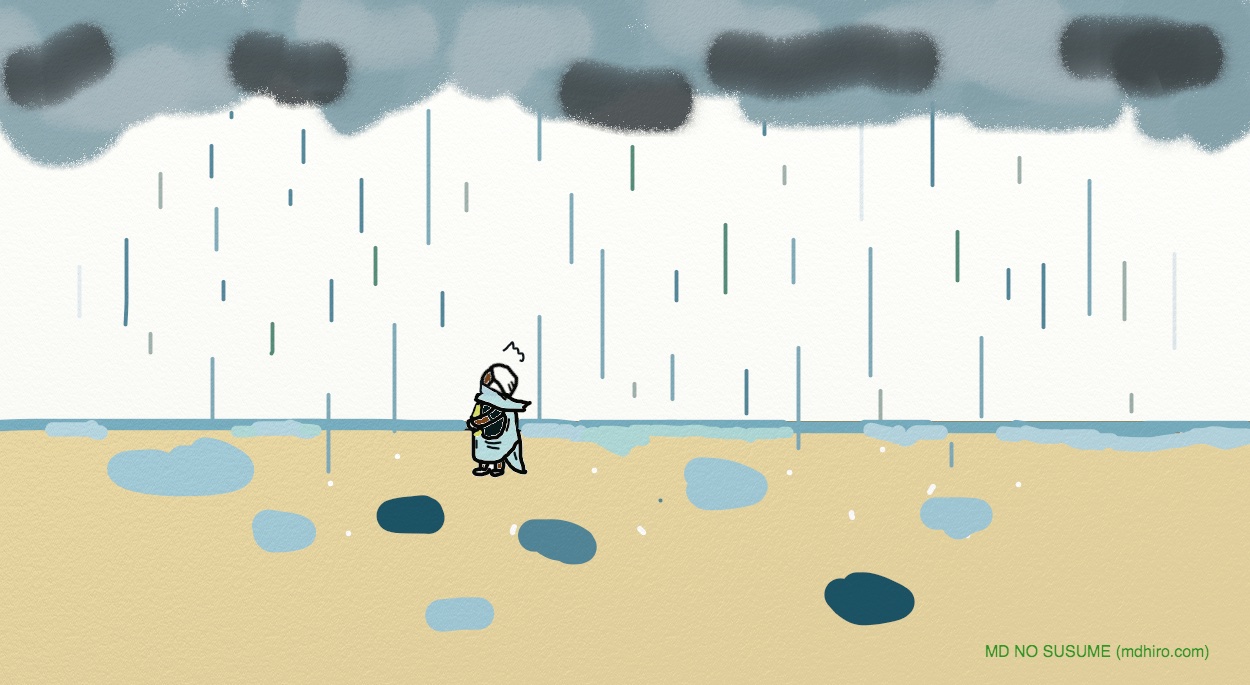 It was a lovely Friday afternoon after getting off my work. When I was writing at home, I head something.

Without paying much attention, I kept writing…

What is this sound coming from the window???

After staring at it for 3 minutes, it got me thinking and came up with the following 3 learnings, which can be applicable for other situations.

We crave for something we don’t have regardless of need

Simply because we didn’t have rain, I was craving for it, whereas in some countries like Japan or other asian countries, people were suffering from hurricane/typhoon so rain was the last thing they wanted to see at that time. This reminded me of the fact that we tend to want something we don’t have, whether or not it is really needed. The rain in Mauritania itself did not change anything in my life, but I just wanted to see it. What I could learn was that when we want something, we have to analyze very well if it’s necesary or we just want it because we don’t have it.

When we something uncommon happens, it excites us, which is applicable for presentation and show

Had it been raining constantly, it had not caught my attention. This also reminded me of the importance of presentation and performance: to attract people’s attention, we need to show the essential point in the right moment, whereas if we give too many points, audience will get bored or lost. In the dance show, for example, if you put too much acrobatic movements, audience will get used to it, as opposed to the show in which you put just a few movements in the right moment, which becomes unforgetable show for audience.

Appreciation is a choice everyone has

As mentioned previously, the rain in Mauritania reminded me the fact that Japan was suffering from flood and typhoon at that moment. This made me think that we tend to take for granted the fact that our lifves and days are given by mother nature, so we should liv the life fully.

In the same vein, if we keep thinking everything we have now are given and limited, we can hold the sense of appreciation all the time (at least we can try, don’t we?).

In fact, I would say few people cares about the rain in Mauritania at the global level (or people even don’t know where Mauritania is). But what we have in common in any country is that we go through some sort of suffering all the time, and appreciation can mitigate it, so changing mindset with tiny little things can enrich our lives. It can be through a green leaf you just found, a bird flying high in the sky, and/or insect that makes funny noise. Changes are everywhere and it’s as a matter of choice we all have: if we stay tuned, we can sense it.

I learned that the tiny thing such as first rain in Mauritania can remind us of 3 essential lessons to live a life fully: needs, right moment and appreciation.