Chile got out of the group of the death!!
But it was the beggining of the mess….

Beating the last champion (Spain) was such an exciting moment and everything seemed to be great…until something “expected” happened (unfortunately, it was pretty much predicted…)

People gathered around the streets and gradually the peaceful parade turned out to be a mess, causing several detainees and injured.

In Chile, when something really exciting happens( protests, big anniversary, etc) it usually happens, and it will continue to happen unless someone changes the society (which is vague and difficult). 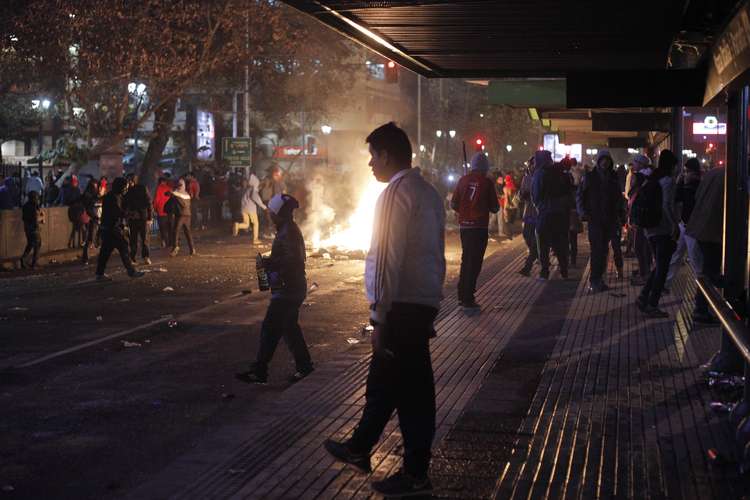 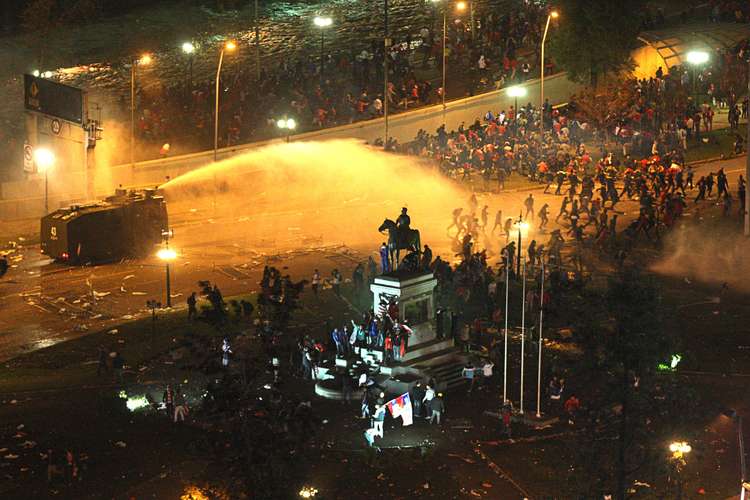 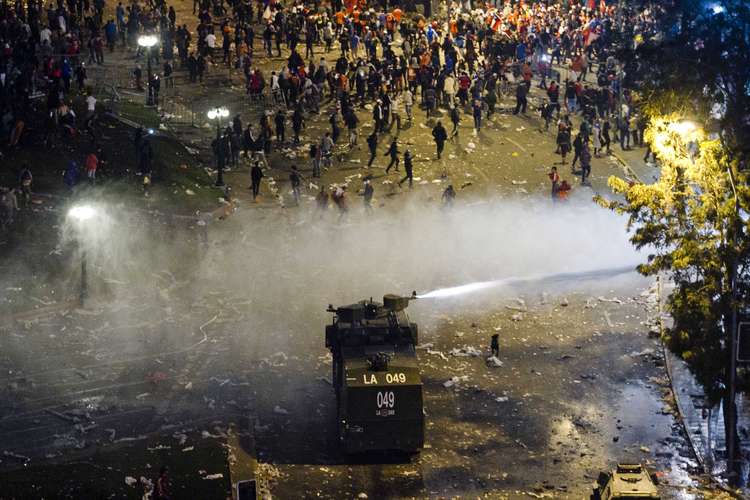 (Source of the photos: )

People say that “they” don’t know how to celebrate. But what can be done to calm “them” down?

As a propose to this kind of problem, I think that instead of some authorities (politics, police officers, teachers, parents, etc), it might be useful to ask a help to someone really famous, ideally the ones admired by the people who cause this kind of mess: national soccer player (heroic icons).

Just asking someone like Alexis Sanchez (one of the best Chilean soccer player) to say “thanks for celebrating our victory but please don’t go beyond that” might influence people. (as a reference, please see “using a famous person“)

I am not the only one who wants to walk on the street peacefully, especially when something to celebrate happens.