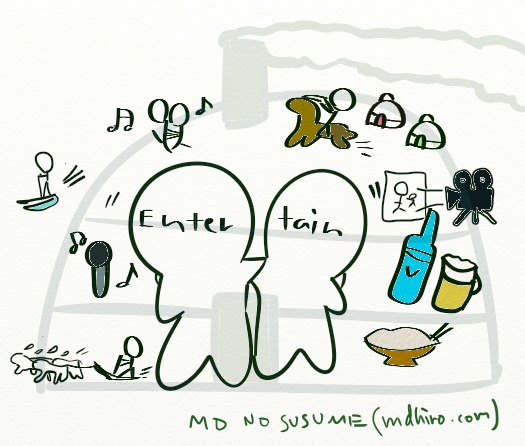 Update: This post is a part of Mongolian series. Please check part 1, part 2 and part 3.

In my previous blog, I wrote about general theories about Project management. But work is not what occupies a life. If I consider a life as a coin, the work could be one part of it as it takes a big deal of ammount, but the othese side of it could be entertainment and private life (By the way, there is no coin in Mongolia, which was very helpful to get along).

If I have to mention the best 5 things about Mongolia off the top of my head, the first thing which comes to mind is….beer (＊I am not addict).

So let’s talk about drink first.

The drinks (Official and private)

The most typical drink of Mongolia is vodka, which is tastey, cheap but pretty strong, so you have to be careful. I never bought this personally, but whenever there are oficial ceremonias, this is the one people shot around. As Mongolian people are very strong at alchol, you might not want to compete with same rytheme. That’s why I learned how to pretend I coudn’t drink alchol at all (the acting skills I gained from theater experience was useful!)

When vistting nomadic family, they tend to serve this drink. Alchol degree is quite low and even children drink withotu hesitation. For me, it had quite strong fermatation taste so didn’t drink much. By the way, Japanese soft drink Carpis was made base don this Mongolian horse milk.

Every time you go to the countryside or school, this will be served. It is quite salty (in the east, people don’t put much salt) so I considered it rather soup than tea, which was helpful during the cold Winter. Although some foreigners didn’t accept this, I think it was quite important to take it at least once, as it is part of everyone’s culture.

On the other hand, the best drink I appreciated was beer. In my previous blog, I mentioned about 10 beer experiment and my best beer GEM.
However, GEM was not included in the experiment, as it is not in many supermarket nor typical bars, so it was pretty precios.

6 months after my arrival, through several socialization, I finally met with this beer. The encounter with this was quite impressing after all the good beers I tasted until then. So please try to visit Mongolia to enjoy it (of course it depends on personal taste).

The best freind of beer is the food.

In the captal Ulaan Baatar (UB), there are diverse restaurants, to namely some off the top of my head, Japanese, Chinese, Korean (even north Korean!), Indian, Italian, French, Russian, Mexican, Peruvian, etc.

However, answering to the following question remains difficult even after living there for around 3 years:

“What is Mongolian food?”

There are some typical ones (most of them have its origin in China); Dumpling (Boiled, Steamed, Fried), Tsuivan (fried noodle), soup and dairy products.

Regarding food, UB has many vegitables, fruits and others whereas countryside is almost consistent with meats, thus field trip was quite challenging for me.

Entertainment after the meal

In general people will go for Karaoke or dancing, and given that Mongolian winter is quite tough, it is understandable that people go for indoor activities.

What entertaiend me for the whole stay in Mongolia was movie theater as almost every week new movies cameo ut. Also, you can enjoy not only 3D but also IMAX and even 4D (moving seat, wind brawing, some scent, etc.)

From time to time, however, the manner in the theater was quite bad as people talk outlaud on the pone. There will be always pros and cons.

This is something unique to Mongolia, and just 1-hour drive will take you to horse riding places. In the 1st year I participated quite a lot, but it was not for me in the end (some peolpe even went evrey weekend even under minus 30C). I also had a bit of traumatic experience of falling from the horse, but thanks to UKEMI (defence tequnique of Judo) which I learned from my junior high school helped me so I was not so injured.

Given that Mongolian winter can hit minu 40, you can also enjoy dog sledge on the frozen river. It was once-in-a-life experience.

There is only one place of skiing in UB (Sky Resort) but even if I am a ski lover, it was quite cold to be a regular customer.

Looking back, I could take advantage of a lot of entertainments in Mongolia, which made my life richer. ALso, during more than 10 years of staying outside Japan, it was the best country in terms of mingling with Japanese community. Although you can enjoy beer, food, movies by yourself, what makes your life entertained is people you meet. Had I not met some close Japanese people there, I couldn’t have appreciated that much in Mongolia. Also, before on-boarding I thought Mongolian didn’t have much entertainment, it turned out that there was more than enough.

In the contrast of UB where almost half the population reside and there are so many entertainment, I will try to describe what makes Mongolia unique through cultural and educational matters in the next and last serise of Mongolia.

Entertainment givers your life in foreign country richer, but what’s even more important is the mentality to go out and know the culture and people proactivity

One thought on “Mongolia 4ーEntertainment”