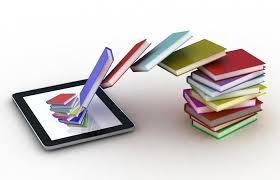 My short article was published on ODA magazine!

For those of you who thought “what are you talking about?”, let me explain briefly what ODA is and what I did.

ODA, Official Development Assistance, is basically a financial and technical help given by “developed countries” to “developing countries” for the latter to have economic and societal development. One of other main objectives is to have other countries LIKE your country. For sure it has a variety of approaches to engage with ODA.

And I wrote down one short article to show one of its approaches, and it was published on Japan’s ODA magazine, so I wanted to share it here.

Since it was all in Japanese, let me translate it:

【Thanks to Japan, my classroom no longer shakes―Grassroots aid for post-disaster
Hiroshi Okamoto, the embassy of Japan in Chile】

“Where is my classroom…?”

On Feb 27, 2010, the big earthquake (of magnitude 8.8) hit Chile, which devastated this thin and long country. It also destroyed a lot of schools, which established students’ identity. Despite of the Chilean government’s effort to recover, it could not fix them all. La obra primary school, 200km south of Santiago (capital), was no exception. Some kids even had to continue to study at the damaged classroom which literally shakes as kids moves from one side to the other side of it. Therefore the municipality applied for a grassroots grant project of the embassy of Japan. This grant project is implemented through Japanese government to guarantee basic needs of communities and its budget is relatively low (max 100,000 USD), which enables to move quickly (In Chile, it started in 1999 and it has implemented 189 projects until 2013). Thanks to the quick aid, 2 classrooms were reconstructed as early as next year in 2011. At the begging of the summer (November) of 2013, 2 years after the completion of the project, I had a chance to visit the school. In the meeting with the then-teachers and students who used the shaken room, they said that having safer and warmer classrooms allowed them to concentrate on the classes. Especially, I still recall the words of a shy kid who hesitatingly said

“Thanks to Japan, my classroom no longer shake”.

This was the moment I realized that Japanese aid crossed the ocean, reaching to this small school in Chile.

Actually, there is a little bit more about these new classrooms. Given that these rooms reconstructed by Japanese aid became a symbol of the city, and that they are bigger than the average classrooms of the city, students of vocational schools in this city visit weekly to implement various workshops as “big brother/sister teacher”, making the rooms as a space of connection and learning. These 2 classrooms with Japanese flag will be a precious place for the learning in the future.