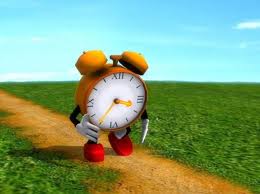 Although by itself it’s just a number, the context behind the number can inspire or disappoint us.

So I will talk about some examples that numbers walk alone.

【Numbers walk alone 1: Age】
In some Asian countries such as Japan, Korea and China where the young respect the elder, people tend to care about their ages. Personally, however, I believe that age is nothing but a number. Of course experience comes with age, but the most important thing is not “how old s/he is” but “how s/he has lived.”
There are lots of Japanese in New York and I am always asked my age, so I came up with this experiment.
A: 20 years old
B: 30 years old
C: 40 years old

With those three different ages I answered, I wanted to see how people would react.
A: 20 years old=>”Oh you just got NY, you can do whatever you want. Do your best kid!”
B: 30 years old=>”What kind of job do you have? Are you married?”
C: 40 years old=>”Oh, I’m so sorry, I thought you were my age.”
It was interesting to see.
I think it’s a typical example of “numbers walking alone” to say that
“Since you are OO year, you should do this or shouldn’t be like this”

【Numbers walk alone 2: Incident and context】
What do you think about when you hear 9.11?
For many people, it reminds them of U.S. terrorist issue. It can be different among American and Arab people on that.
Even same numbers can have different meaning. For example, In Chile, there was military-led coup on 9.11. 1973. Since then, a dictator has ruled Chile for nearly 17 years. That is, 9.11 has a different meaning for Chilean people.

【Numbers walk alone 3: Arms to convince】
Statistics can be used as arms to convince people, given it can provide specific image.
“87% of citizens support this!” and “Many citizens support this” have totally different image.
However, even in the field of development, we have to take into consideration that it is sometimes dangerous to care too much about numbers. By doing so, we might overlook what is actually going on.

The next destination is Chile.
Vamonos (Let’s go)!!