Last time, I mentioned that Latin America is the most unequal continent in the world, which can be seen in this report called “how rich and poor students perform in PISA (in Spanish)” published by Inter-American Development Bank (IDB).

According to this, Chile has a large gap between rich and poor students, but the poorest students perform better than the majority of rich students in other countries in the continent. That is, it can be said that although having a big inequality, Chilean education has relatively a better quality of education at a regional level (although many chilean people who protest for quality education would deny it.)

Now Chile is trying to improve the situation of inequality by changing a system of university entrance system, mainly by bottoming up the poor students in the puclic schools.

A change consists of putting more weight on each school’s ranking system so that students can enter the college. Before that, it used to have a heavy weight on a standardized test called PSU. But the critics said that rich kids are more likely be in a good school and have good scores on PSU, resulting in more inequality in the society.

The school ranking system is supposed to show whether or not you perform well in YOUR school―whether the school is rich or poor, by comparing your scores with the ones of previous school year’s students (therefore, even if your school has a low quality, as long as you perform better than the previous year’s students, you have a better chance of entering university.) 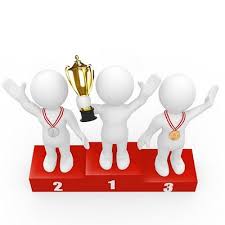 Unfortunately, the result of 2013 didn’t show as much as it was expected to be, resulting in little benefit for target population (poor students in public schools).

Although the policy makers said they might modify this system in the future, I think it is a good initiative, because the effort of poor students can be highly considered, and above all, we need to -continue this kind of trial and error to know what really works, just like any learning!

As long as there is a movement, nothing is impossible. (Did I say that before?)