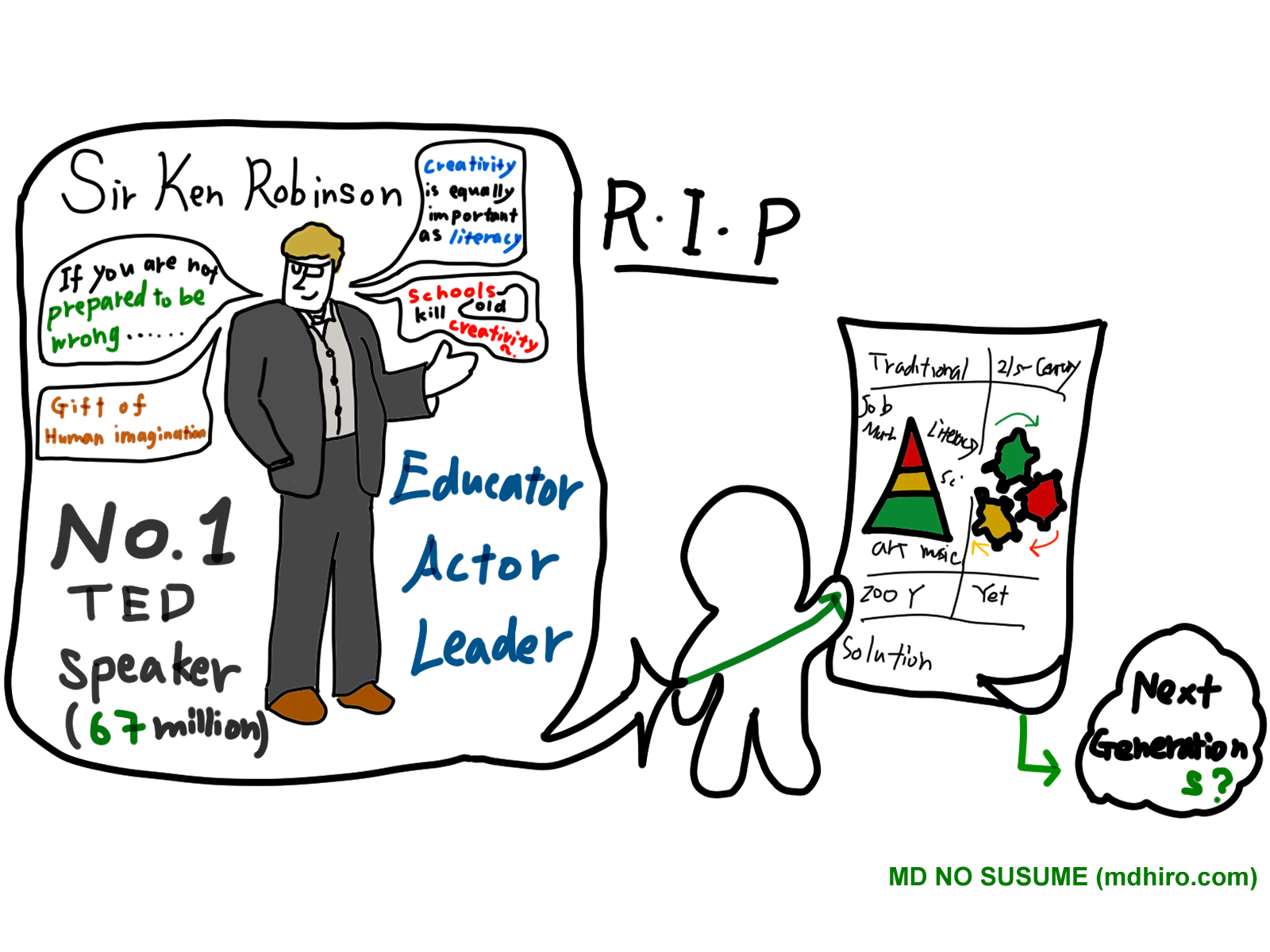 Such a loss… all the more we need to fight.

This was the initial thought in my mind when I saw the news that inspirational educator Sir Ken Robinson passed away. He was the legend in many ways.

This entry serves to commemorate his great work and to leave hope for today and tomorrow’s education. The intended audience can be broadーthose who have interest in education system (we all do, according to him).

He was a great presenter: His Ted Talk “Do Schools Kill Creativity?” is still the most popular talk in TED history with 67+ million (as of 2020 Aug).

This short talk (less than 20 min) is simple but quite significant. He just tells stories without slides and fancy items. Just stories. Those illustrate his main point that school system is too old to catch up with current need including nurturing creativity, and even killing it. He also shows creativity in the talk by including jokes, so this makes you feel serious, laugh, surprised and think what education should/not be.

Here is his legendary talk if you have 20 min and are interested. (script here)

I met this talk a bit late in 2010, which was my turning point year when I decided to work in the field of international educational development. I didn’t even know about TED but thanks to this, I started watching a lot, so he opened door to great talks. Nevertheless, I would say his talk is still one of the best and I try to review occasionally.

Sir Ken was (sad to use the past tense) a British educator who moved to the U.S. and was passionated about theatre arts and education and promoted drama education for his projects. He also promoted having lifelong learning and passions in his books.

It was surprising because I was also an actor and a teacher, and developed/implemented an initiative of “teaching literacy with acting”. So he gave me lots of ah-ha moments.  In fact, below are the graphic I made based on the inspiration I got and my study. This illustrates the needs of change in education by showing the comparison between traditional education and what kind of approach we should be doing. 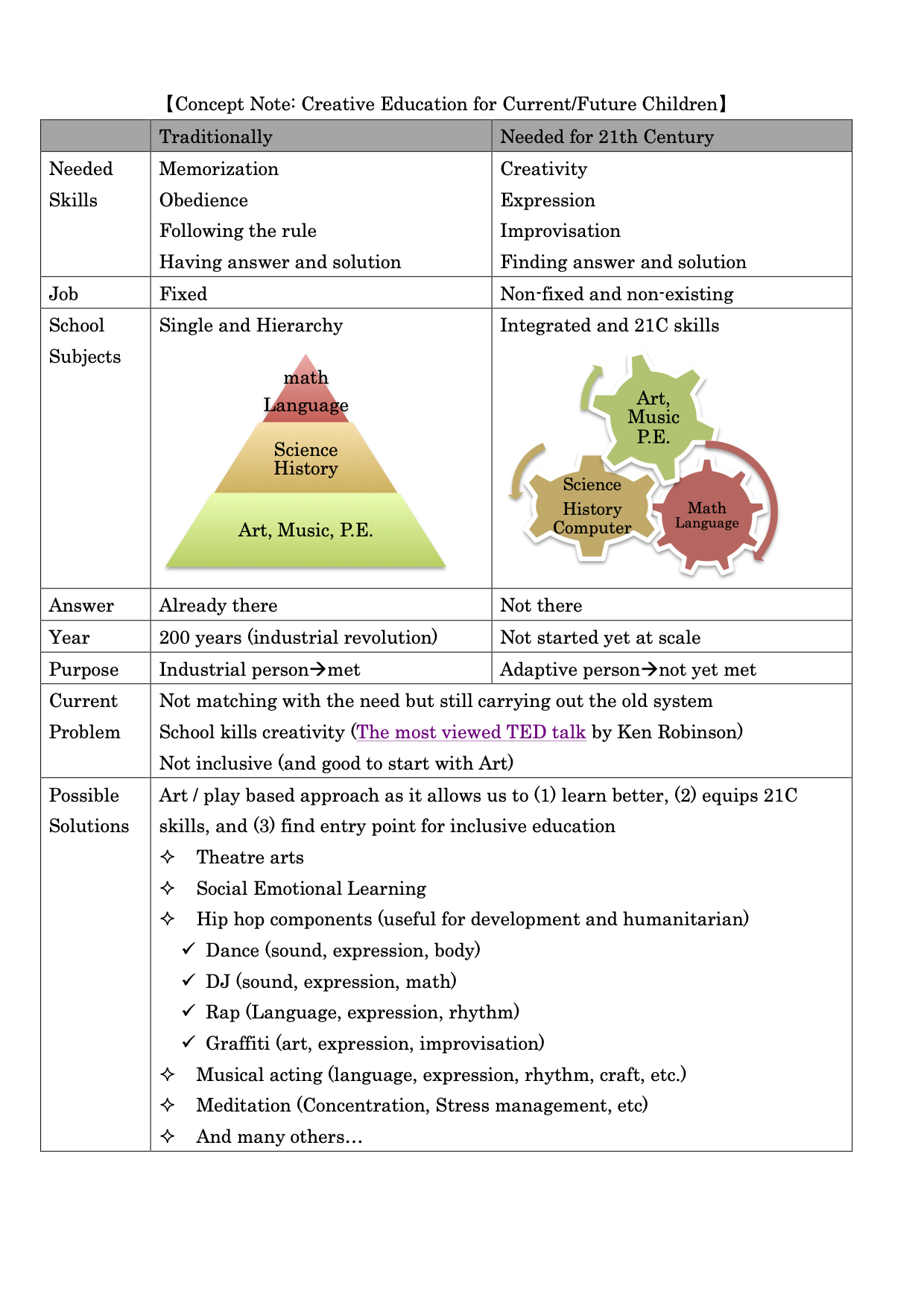 I’ve been practicing and measuring this kind of approach albeit at a very small scale, and I would love to contribute to promoting an integrated approach (teaching subjects by introducing soft skills, such as teaching creativity), so that teachers and students learn relevant skills beyond traditional literacy/numeracy-focused education.

I even wanted to meet him while he was alive. Although it didn’t happen, I will not let his spirit dry out.

If anyone is interested in promoting Sir Ken’s approach, I would love to be part of it!

Rest in Peace, Sir Ken Robinson. You surely planted seeds for education, which will plant the next seeds.

Sir Ken Robinson’s death is not a loss but an opportunity to bring his will forward by collaborating with other fellow colleagues, so that the presentation “schools kill creativity?” does not have to bring so much attention like now.