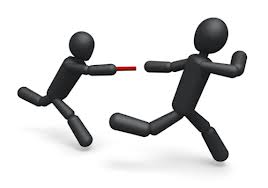 Beginning something new is always the most difficult time, and later on one gets used to it in: job, study, sports, hobby, you name it.

Having been a ski instructor for beginners class, I saw many kids suffering from having to wake up every time they fall. However, after learning how to ski, they realize that there is no such a pain. Rather, they will keep enjoying and learning to ski.

When I started working at Japanese school in NY 3 years ago, also it was the difficult time given it was during the semester, that is, I could not organize my class from the beginning and I had to catch up with what was going on in the classroom (how my predecessor, who had already gone, used to organize the class)

Along the same line, I am back in the difficult moment to manage, because my predecessor who worked in the same areas had gone 6 months ago and can not ask anything. Fortunately, however, my boss had all the e-mails of the predecessor (more than 10,000 messages) and decided to read everything. At first, when I started reading, I was wondering if I would waste my time. But it turned so useful because the more I read e-mails, the more in-depth knowledge I could gain in regard to what was going in on in the areas.

There is no such as thing as a permanent job post and I know that one day I will leave from this job, so that I am going to organize all my e-mails in the files in order for my future successors to alleviate the pain I had. I also want my future predecessor to do the same.

Although the beginning is very difficult, it will be manageable as one suffers from the difficulty.

The conclusion: The point of taking over the work is e-mail. And, as always, viva challenge and learning!

One thought on “Take over the work”