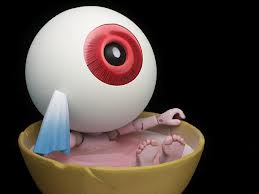 How much should I care about others?

I guess this is a fundamental question for everyone, especially for those who work in a  field of development. There is no right answer to that. Then what about the next one:

How much should I care about the eyes of others?

“The eyes of others” by which I mean “how I THINK others see me”.

My conclusion is that the more I care about the eyes of others, the less comfortable and productive I would be. It’s me who creates the image “the eyes of others” and others don’t care as much as I think. Therefore, as long as I don’t make any big trouble, I would like to be honest and do what I want.

But it took me so long to get here.

First of all, Nobody can live by himself so the interaction with others is inevitable and important, much more with the people whom I care.

Second, since I like playing and competing, I cannot help but compare with others.

Therefore, ever since I can remember things until a couple years ago (20 years or so), I used to care so much about how people think who I am: how they see me on what I look, say and do.  I guess, to a greater or lesser degree, every one wants others to like you so create the image of the eyes of others. If I there is no one but me in this world, I don’t think I will ever care about my cloths or hairstyle at all.

As time passed, however, I became tired of thinking about others’ eyes and started listening to my voices. Before that I couldn’t say “No” to any kind of offer mostly because I was afraid of people disliking me, and I did not prioritize my will over those offers.

Then I started asking myself “what if there no exist others’ eyes, what would I do?” That’s when I became so much more comfortable and started to realize more about who I am by constantly asking what I wanted to do.

Also, one of the things that changed my way of thinking toward others’ eyes was dance. It goes without saying that the virtue of dance is to be seen and others’ eyes are so important. If you are obsessed with those, however, you tend to limit how you want to move or express music and you might wonder what you are dancing for (competition is somehow different, though). I even thought that if I danced as I wanted, people would think “huh, what kind of movement is this?” or “he is not that good”. But since ever I started letting myself express to the music, I became more free and into dancing. Especially, it was obvious when comparing nightclubs between Japan  and New York, because in the latter there were way more people who seemed to dance just for fun without thinking so much about how they move, let alone others’ eyes. Had they cared those eyes, I am sure that they could not have danced so freely. And I thought it was just great!

Actually, one of this year’s resolutions is to be honest, believe in myself and go for it, which I think sounds simple but is hard to accomplish. I was going to put it inside of me, but the other day, I came across an article of Life Hacker called “Stop caring about what others think, and get back your self-respect“. Then I felt something common in this. And I am writing about this because I realized that I am not alone.

According to this article, in order to be more free, doing something you consider embarrassing, dealing with awkwardness, or telling the truth is good.  Maybe it works to do something shameful that you would never think of, like singing out loud on the street.

….the first noble truth is that most people don’t even care that you’re alive. Embrace this, my friends, for it is true freedom…..(life hackers)

In our everyday life, it might be good to take a rest to listen to your voice.

2 thoughts on “The eyes of others”