The debate to treat the past event, especially the one in which several countries are involved has been historically difficult to solve.

While one says yes, another says no, then who can solve and how?
Rios Mont, who was a leader of militaria – former dictator – in Guatemala 30 years ago was condemned as guilty, the decision that hit both the country and the Latin American region where historically have had problems with dictators.

As a person who investigated the issue of human rights in Latin America, this decision made ​​me think that the situation of dealing with the past in the region would change.
However, a month later, this decision was canceled, that is, the case must resume from the beginning. I could not stop thinking about the victims …
Some say business groups and military veterans are involved.
The link of the NYTimes regarding this issue is here

In Democracy Now, there is a video in regard. “9.11 in Guatemala”
The link of the video is here

The tariler of “Granito” — a documentary about the issue which I recommend.

The link on this subject is here

Is there any solution to the historical issues like this?
Also, I am interested in the discussion between Japan and South Korea on “comfort women (Korean prostitute group in Japan)” after the mayor of Osaka (where I am from) said that “the comfort women system was necessary ”

While there is no need to stick to the past, we have to learn from the past to avoid the same failure in the future. It is indeed difficult. 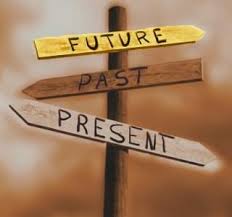 2 thoughts on “The past and present”