Today, more than a half of the world’s population lives in urban areas and the proportion is expected to increase. With that in mind, I understand that some people say that when they get older, they want to live in the rural area to have calmer life (I am no exception to that). However, I rarely hear some people saying they want to live on an island, let alone the one located far away from the continent.

Well, I had a chance to stay on the legendary island about which I guess many people have heard or read through the novel written by Daniel Defoe about 300 years ago:
The Robinson Crusoe Island.

Since there was few updated information on this island on internet, and this experience was pretty impressive to me, I would like to share about this island by dividing into three entries:

The main purpose of this visit was to monitor the result of the project  which was financed by Japanese government to help the community affected by 2010 Tsunami. I have to admit that if that was not for my work, probably I would not have visited there for several reasons related to the general information of the island.

【General Information】
Robinson Crusoe Island is the largest island of the Chilean Juan Fernández archipelago, situated 674 km west of Chile. This mountainous island has a population of nearly 750, with all of them living in the coastal village of San Juan Bautista.

The island was first named Juan Fernandez Island after the Spanish captain who first landed there in 1574. However, it was a sailor named Alexander Selkirk that made the island famous as he was marooned here for over four years from 1704 to 1709, and became the inspiration for Daniel Defoe’s classic novel, Robinson Crusoe (I would get into that in the next entry).

【Cost and season to travel】
The main reason I said that I would not probably visited there by myself is that as for the transportation, there only exist 2-3 private airline (LASSA y ATA) for an expensive fare (550.000 Chilean pesos – around US$ 1.000). And of course you have to think about the place to stay, food, activities if you wish.

When it comes to when to travel, you need to prepare well in advance for several reasons:
Since each company flies twice a week, and the plane only fit 8 people (and the minimum to fly is 6 people), it is likely that you can’t book the flight for the time you want to travel.

And also, the availability of the flight depends heavily on the climatic condition so summer time is the preferable season (November-March).

Oh, it is worth mentioning that there is no such a thing as a flight schedule, so the airline will let you know 1 day before what time to show up at the airport (the regular airport). In fact, I was told to arrive at 9:00 am but it was changed to 12:00 within a last minute notice. Once you get to the airport, they will pick you up and drive to the other side of the airport. Then after an-hour of waiting, you are ready to fly!!

【How to get there】 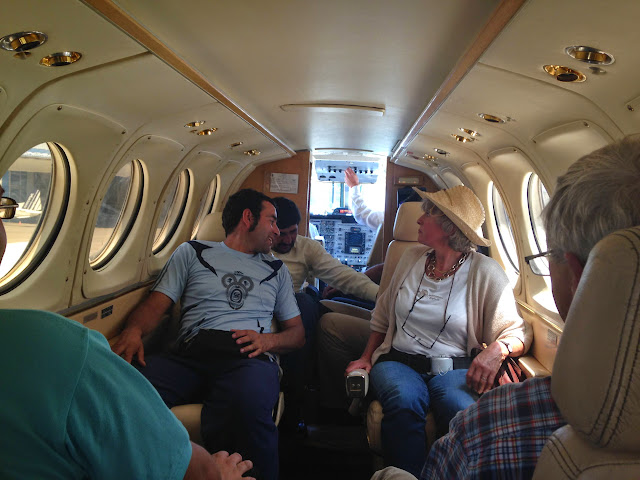 1. Fly to the island:
it takes around 2 hours to get to the island by small plane, and you can enjoy the view of lower altitude. 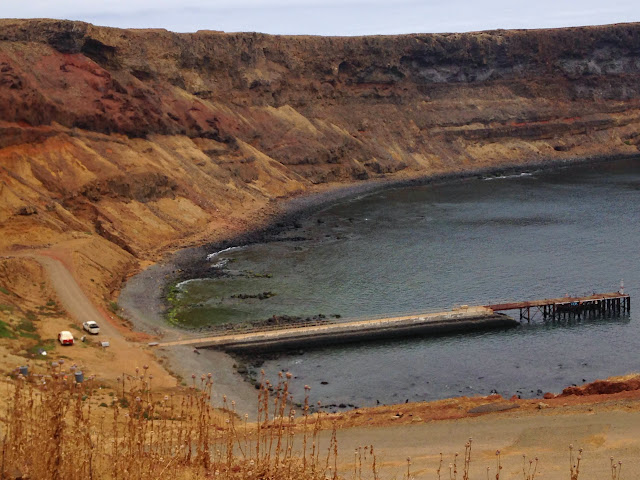 2. Car ride to the boat stop:
you get on the car and go down to the boat stop. It will take another 20 minutes or so. You can see a lot of the see lions here (the black dots on the photo). 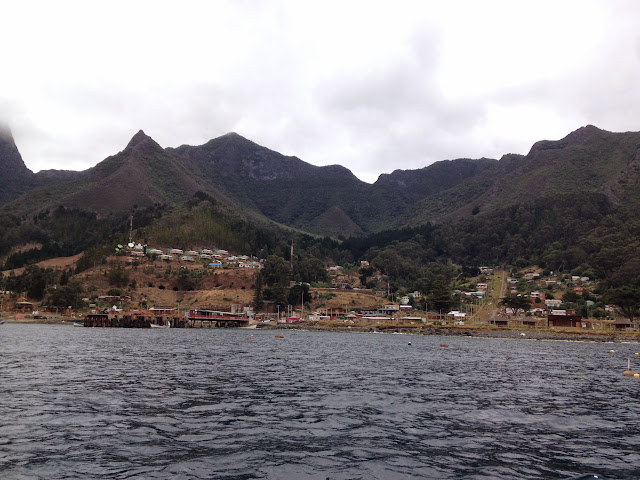 3. Boat trip to the main village:
Since this is the mountainous island, the small boat will take you to the other side of the island, the only village on the island (it takes 1 hour).

That’s about it. Although every transportation is well prepared, it is still hard to get, which made me excited when when I finally got there (All the way value)

Lastly, I will put the list of accommodation that I made.

As you see, the ones with website are pretty expensive, and it’s understandable given the location (it’s too hard to go there and check). That’s why I got the names and contacts from the municipality and called each one of them to ask the price and service then made this list.

Well, I hope these information can be useful for those who want to travel there.
Comments, questions and any additional information are so welcome.

3 thoughts on “The Robinson Crusoe Island 1”