Approximately a hundred years ago, there were two fishermen on a wooden boat who accidentally thrown back into the Pacific Ocean. 5 days later, having no idea of where they were heading toward, they landed at the place they called a continent. Those were the fishermen from the Robinson Crusoe Island (originally from the continent).

In 2012, a year after the tragic accident, their very grand (grand-grand?) sons had a community project of making a same wooden boat and deliberately sailing from the island to the continent, in order to revive the legend. Many people on the island helped to make it, and pinned their hope on three men, who arrived at the continent 5 days later just like their ancestors did. I happened to meet with one of the three men, who told me the following:

“We want to change the negative image of our island and let the world know that we have great people and culture.”

Although I was there only for 4 days, I kind of understood what he meant.

This is the last entry of the Robinson Crusoe.

For the last 5 year, this island has been through difficult times:
The tsunami in 2010 destroyed the whole shore of the island. Next year, as a project aiming to assist the recovery from the aftermath, a team of 21 people (national TV team, emergency NGO leader, military, etc) flew to the island, and sadly the plane crashed off the island and took their lives. Because of these consecutive tragedies, some people somehow started holding fear toward this beautiful island.

Ironically though, had these 2 incidents not happened, I would not have been there by myself, because Japanese government approved the recovery project, and for the security issue, it was decided that an authority would not fly this time, allowing me to travel alone (Of course, I did not have to go either, but I could not but help accept this kind of adventurous opportunity).

Staying by myself also allowed me to see many things on this island.

Simply put, what I saw and heard on this island constantly reminded me of one word: Nature.

Nature is sometimes harsh: people constantly talked about the tsunami and the accident and seemed to fear the nature a little bit. But still, the fisherman job is the most popular one on the island (also there are not so many other options).

Nature is warm: people are so warm and say hi to everyone, even to me―a total stranger. They even gave me some gifts for coming all the way from Japan, one of which is quite interesting: black coral which can change the color by polishing. 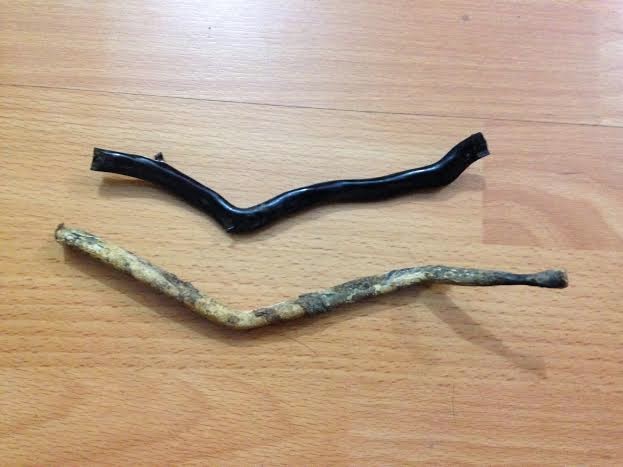 Nature is beautiful: I had a chance to walk a lot to see beautiful nature. 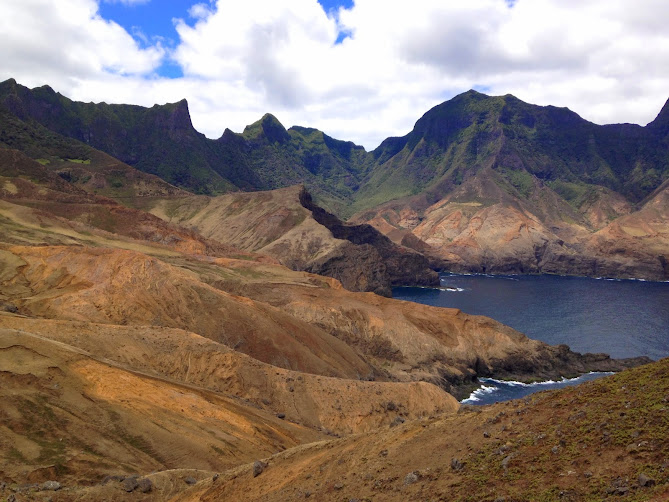 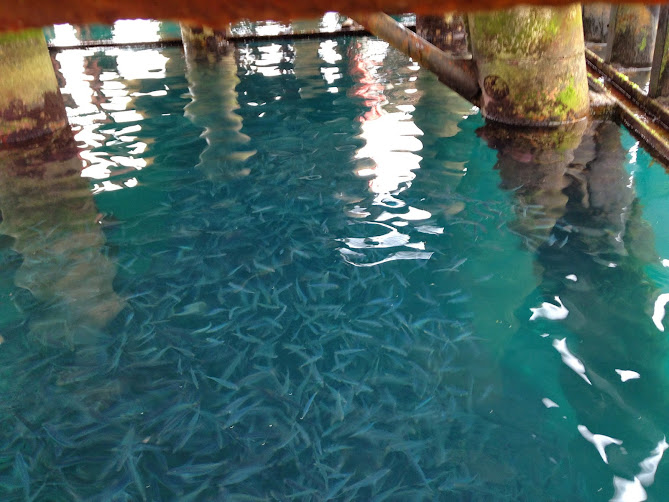 Nature is subject to change. This island is on the process of the change, trying to recover from the disaster and at the same time promote their culture with young generation.

As a matter of the fact, I had a dinner with a mayor of this island, the youngest mayor that I have ever known (29 years old!!). Although I usually don’t care so much about age, it was pretty surprising to know him, and at the same time, it encourages me to go forward, reminding me that it doesn’t matter how old you are. There is no time to waste and you can change things now along with your passion.

The municipality published an article about the recovery project on which the mayor and I appeared: 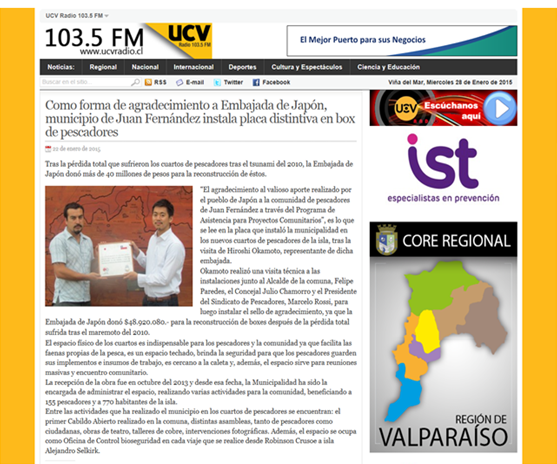 (You see that I was actually working there!)

Lastly, I would finish this entry with a photo of “the horizon from the place where Alexander Selkirk stayed”, as Japanese explorer put on the guest notebook.

Although this island was not the stage of the novel Robinson Crusoe as mentioned in my previous entry, there are many adventures going on, which inspired me to take my journey ahead.

Thank you for reading the last entry of the Robinson Crusoe Island (for those you read all of 3 entries, thanks×3!!!）

In case you didn’t read the last 2 entries and are interested:

If any of those inspired you in one way or another, I would be delighted.

2 thoughts on “The Robinson Crusoe Island 3”