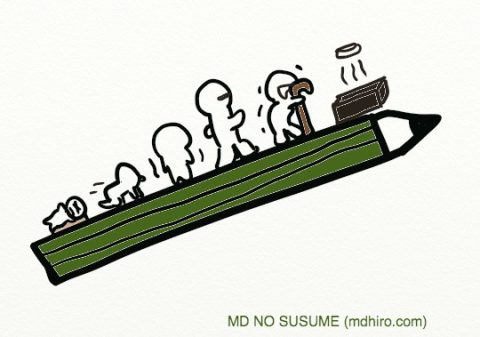 Since I came to Mongolia, I haven’t written about the subject I am working on: Mongolian education. The other day, I attended one event where I reflected the past, present and future of education in this country.

The education in general consists of two parts: teachers and students. This eventーwhich took place for the 95 anniversary of the universityーhas both side, since it is the university to prepare students to become teachers.

Past: the history of 95 years

Many prestigious people made speech on the history of the last century. According to them, the concept of pedagogy has changed through socialism and others. In the 20th century, at least in Mongolia, the teachers were the symbol of the knowledge which was lacking back then. That was why this profession was considered as something sacred.

Present: the problem and success

Nowadays, the status of teachers is rather different mainly because of 2 things: (1) technology and internet which provide us (almost) every information and (2) the obsolete model of education which is more than 200 years old.

Besides, currently, Mongolian teachers are protesting at the national level to ask for salary raise to 1.6 million MNT (670 USD), which is 4 times higher the salary of first year teacher. As this case shows us, the field of teacher is not well respected.

Coming back to the event, to our surprise, among other speaker on the stage, there came one guy to give his speech. He seemed to be drunk, but what he said made a lot sense to me: “Good evening everyone, why is that only those famous people are giving speech!?  I used to work in this university and I would like to speak too. Let me say something. Let me… (during his speech he was kicked out by the guards), let meeee tallllllllkkkkkk!!!!”

If the education system promotes the freedom of speech, why not letting him speak? This was my question to which no one could answer on the stage.

Future: the direction of education

Anyone who is aware of current education system and the future situation would know the uncertainty of the future education direction, since there will be no specific path to follow. What we all know, on the hand hand, is that we have to prepare students for 21st century skills such as creativity, critical thinking skill, expression and grit (passion and perseverance), etc.

In short, it was a great opportunity for me to reflect the past, present and future education, and the trend can be applicable not only to Mongolia but also to other countries.

As our society keeps changing, education system should do so to follow uncertainty, which is not happening as much as it has to be.