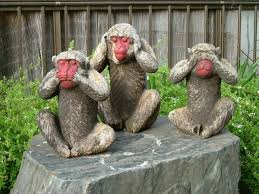 Have you ever watched a song?

You might think that “Oh this guy made a mistake again. A song is to ‘listen’, not to ‘watch’! ”
But I am saying this on purpose and not making a mistake (this time).

Well, many people are excited to see the world cup, especially those whose country was selected. I suppose most of us will watch it on TV, and I think everyone has a right to enjoy it.

Given that in general it is not enough to provide TV channels in sign language, I think the world cup can be a good media of DET (Disability Equality Training to sensitize the theme of social discrimination towards persons with disabilities, about which I wrote on my previous blog entry “What is DET”)

Regarding this, I came across an interesting and funny video, in which one Chilean sign language interpreter translated the World cup song sung by Ricky Martn

Honestly I have never seen an interpreter like him !!
First of all, please take a watch at this, and later turn on “mute” to have a feeling without sound.

I found this video fantastic, because in addition to the funny part, I realized that generally there are few movements when interpreting music in sign language (Without that, how deaf people can sense the rhythm or beat of the music?).

According to the Chilean news article (La Cuarta) which interviewed this interpreter (Mr. Sergio), he wants deaf people watch the music because the body can transform music notes.

It is worth mentioning that he dances like this only when he interprets the music, and in the case of regular news, he does very formally without dance. Given that he was born with deaf parents and his first language was sign language, he is not making fun of it but he knows the importance in regard (he realized it when he first interpreted a song with dance to his mom).

Moreover, he considers himself professional and even though he doesn’t like the art, he thinks that an interpreter is like an actor so that he must do it, and do it well. For these reasons, he criticizes the interpreter of the funeral of Nelson Mandera, saying that that person knows nothing about sign language.

I think what he does is very important, because besides being entertaining and professional, it allows us to watch a song, which makes us realize how much we take for granted the “our” world with sound and tend not to notice “theirs”.