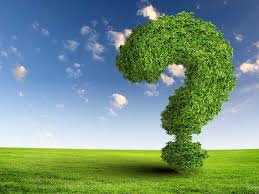 Have you ever heard about DET?
It’s not TED but DET
（*Regarding TED, please take a look at “3 reasons to watch TED“）

Before going into the detail, please read the following 2 sentences.

①DET has potential to get rid of something really bad which remains in us and the society.
If you thought “ok, what is it?” I am delighted.

②DET means Disability Equality Training.
I guess by reading this, many people including those who became interested with ① will lose their interest in reading more.

If it was 2 years ago, I would have stopped reading here because of a lack of interest. (After getting involved with Inclusive Education, I canged my mentality in regard. )

It is very difficult to constantly think about the disability, unless there is someone with disability close to you (or yourself, of course), you work on this theme, or you have a special interest in this. It’s because most societies (to a greater or lesser degree) have a system which imposes an image of separating “Normal Persons (NP)” and “Persons with disabilities (Pwd), such as

These images produce unconscious discrimination. (though the situation has been improved a lot for the last couple of decades.)

That is, the whole society tags one big image of “PwD” instead of looking at each disability as individual issue, and the system of education, labor and other areas divide into “They” and “We”.

Coming back to the DET, its objective is to sensitize those images and reality, and allows us to think spontaneously about how to improve the current situation for more equal society. Unlike other traditional way in which one is imposed to sit on the wheelchair or close his eyes by force, this DET promotes a discussion between NP and PwD in order for the former to realize naturally what’s going on.

The 3 important points of the DET are:
・Think disabilities as a problem of human right and equality
・PwD has to be a facilitator
・Promote learning and discovery
（According to an article of Kenji Kuno, specialist de JICA (Japan International Cooperation Agency))

DET, whose origin lies in England, is taking place many Asian countries especially through JICA, and in this March, there held the first DET in Japan. I just came across a blog of participant who happened to be a politician and introduced a real question of the DET. I hope more and more policy makers join in this and include this activity in the policies.

【Example of the training】

To analyze “the real problem”
In the U.S., those who have their ears sticking out horizontally tend to be bullied by being said “elephant ears” and some even operate to “fix” them. “What is the problem in this case?”

I would like to participate in the DET. I like the fact that only PwD can be a facilitator because it can transform “their” voices to “ours”.

I think participants would change their mentalities in regard. But the remaining challenge is how to motivate people to join. I suppose the key here is to inform the existence and the need of DET through medias and word of mouth. That’s also why I am writing this on my blog.

Thank you so much for reading it.

One thought on “What is DET”