By closing eyes, you can see what you normally don’t see with your own eyes. These days, I have more chances to close eyes, whether through meditation, yoga, active nap etc. And I had different kind of eye closing moment at my work, the moment of silence to commemorate the victims of the natural disaster (earthquake, tsunami y nuclear plant) happened 4 years ago in Japan (2011.03.11).

As time passes, we tend to forget about the past, which in many ways works for us to move on. But some things are worth remembering and I would like to introduce one way of remembering the past.

Although many Chilean people (Latinos in general) confuse the appearance among Asian people by generalizing as Chinese, there is one thing that Chilean people don’t ever get confused about Japanese seismic characteristic and tragic experience, which they share in this seismic country. In fact, Chile holds some of the strongest earthquakes happened in our history. Every time people ask me about the Japanese earthquake in 2011, I have to say “No, I was not there back then” as if I am a bit shameful. But looking back on the past, I shouldn’t be because I have done what I could do.

When the disaster happened, I was in New York, preparing myself for my Masters study. But I had a pleasure to contribute to the recovery of the aftermath through a charity work, street performance in NY to raise money send it to affected places. And the performance I got involved with was the mixture of several kinds of dance genres (ballet, contemporary, Buto, vogue, hip hop (me), etc.) and Awa dance, Japanese traditional dance from Tokushima, accompanied with the sound of Shamisen, Japanese traditional string instrument. We performed in Central Park, United Nations International School, hotel, etc. This was all made possible by professional Shamisen player, Mr Yukio Koma.

Mr Koma is from Iwate, one of the affected places and he called for some dancers to implement his project “The Awa Dancers”. I don’t remember how much we collected from this mini project (I remember that was a lot, like thousands USD). And it was something I could do for the people affected by the disaster. 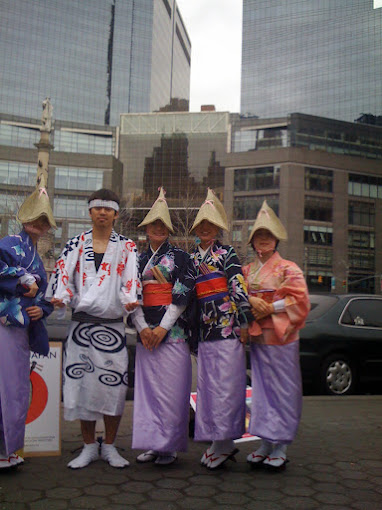 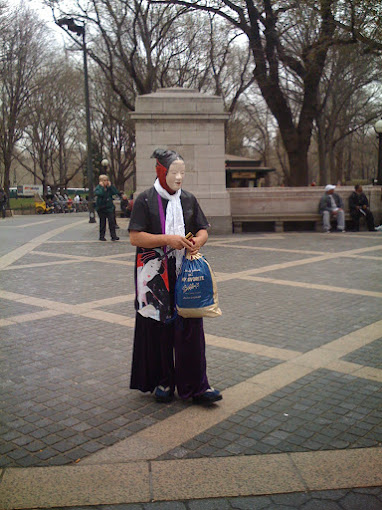 (Bottom right: Mr. Koma with a mask. Honestly, I don’t know the meaning of it though)

And recently, I received an e-mail from Mr. Koma, who obviously kept fighting to help alleviate the victims. The e-mail introduced another project, which I would like to share in this entry. It’s called “Sanriku Pilgrimage Road Mark of Temple “ and the idea is to introduce the path in relation to the affected area and pray for the victims. It is similar to the 88 temple pilgrimage (trail of the master of Buddhism, Kukai)

Please also take this opportunity to close your eyes and have a moment of silence (30 seconds) to commemorate the victims who suffered unprecedented natural disaster.

When I closed my eyes and thought of them, many images popped up, people who couldn’t make, those who helped other people and the those who still fight against the aftermath.